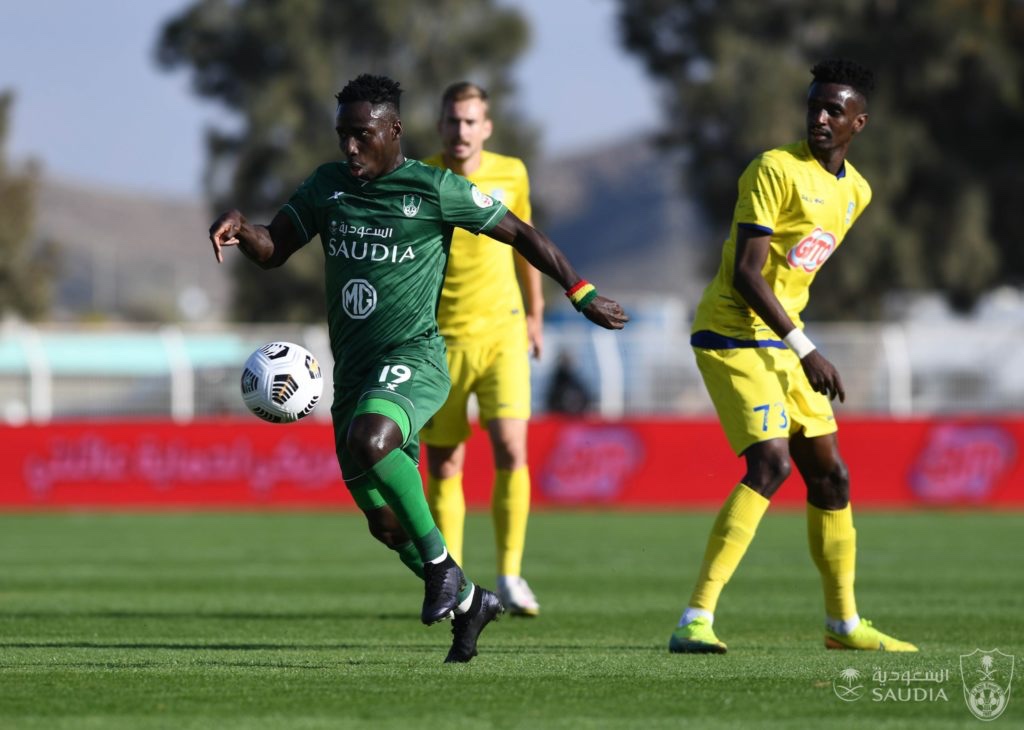 Owusu, 24, continues to break grounds in the gulf since making the switch from Serbian side Čukarički  to Saudi outfit Al-Fahya.

The Ghana international enjoyed a successful season in the Saudi Pro League with Al-Fahya despite the side's relegation last season.

He was immediately snapped on loan after his explosive debut season in the Asian country.

GHANAsoccernet.com can report that Al-Ahli's rivals Al-Ittihad are eyeing a move for the highly-rated Ghanaian wideman.

Al-Ittihad are after the talented Ghana winger and are likely to make a move this winter.

The reports has been fueled by the club's desire to add quality in-depth to their squad after identifying the hugely-talented winger as the man to steer their club.

Al-Ittihad are lining up a move for the winger as they look to strengthen their side.

Owusu has scored three goals in eight matches for Al-Ahli.