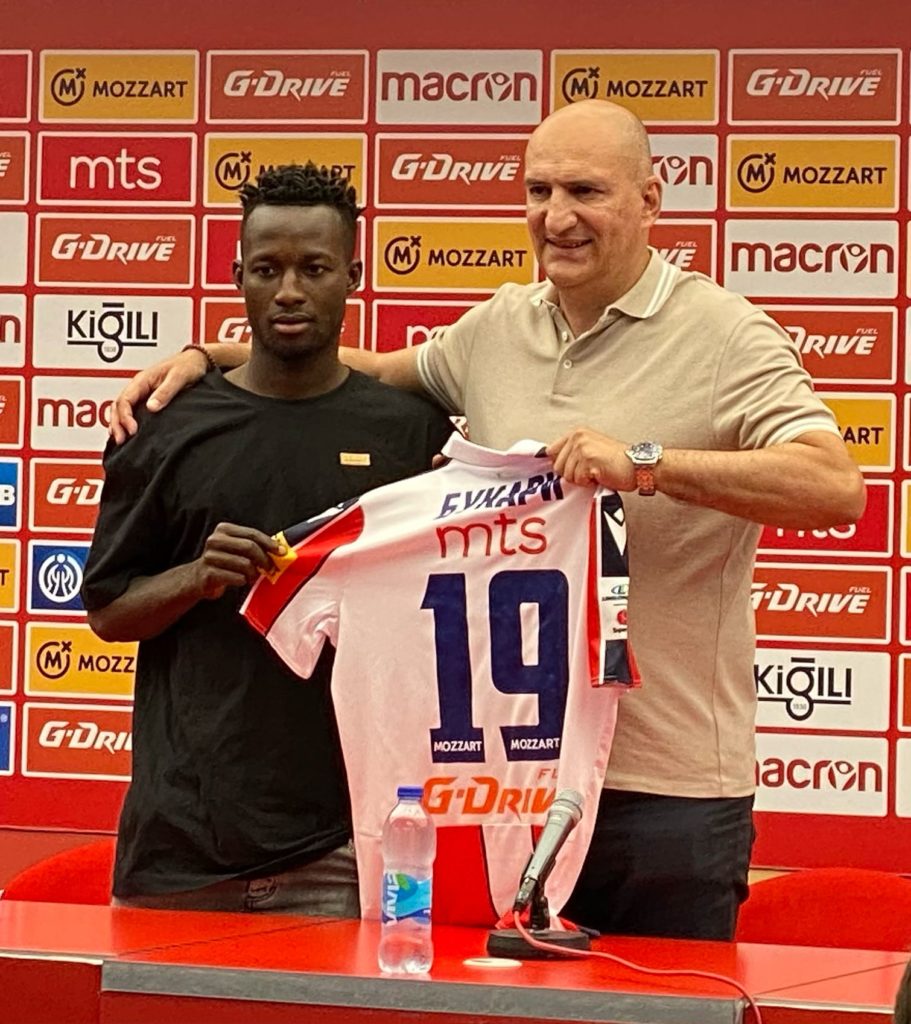 The 23-year-old joined the top-flight side on Tuesday afternoon after they won the race to sign him despite interest from several clubs in France, Belgium, Spain and Turkey.

The speedy Ghana international winger, who moves from Belgian top-flight side Gent, signed a four-year contract that will keep him at the club until June 2026.

Red Star did not reveal the full financial details but insiders close to the deal have revealed that the Serbians paid the club's highest transfer fee to be able to sign him.

Bukari signed for the ambitious side on Tuesday afternoon after passing a medical following his arrival on Monday.

The Serbian champions expect to strengthen the creativity of their offensive game with Bukari‘s speed and dribbling skills.

This makes him the most expensive player in the history of the club.

Coach Dejan Stankovic is keen on making a big impression in the UEFA Champions League next season and sees the Black Stars player as a key part of his plans to conquer the top clubs in Europe.

The former Inter Milan has been impressive since taking over the club three years ago and pencilled down the Ghana international to push them into the group stages of the Champions League.

Red Star wants a place in the group stage of the Champions League and has been stated by the leaders of the club.

At the beginning of the preparations for the upcoming season, the owner at the Maracana (Nickname of the stadium of the club) made it clear to everyone that playing in the elite European competition is one of the priority tasks of Stankovic.

Today, one of the most expensive reinforcements in the history of the Red Star is done.

Bukari spent last season as a loan player at French side Nantes and will be a capital reinforcement for the realization of the wishes of the leader of the club.

His arrival is also will give them the push also in the defense of the double they won in Serbia last season.