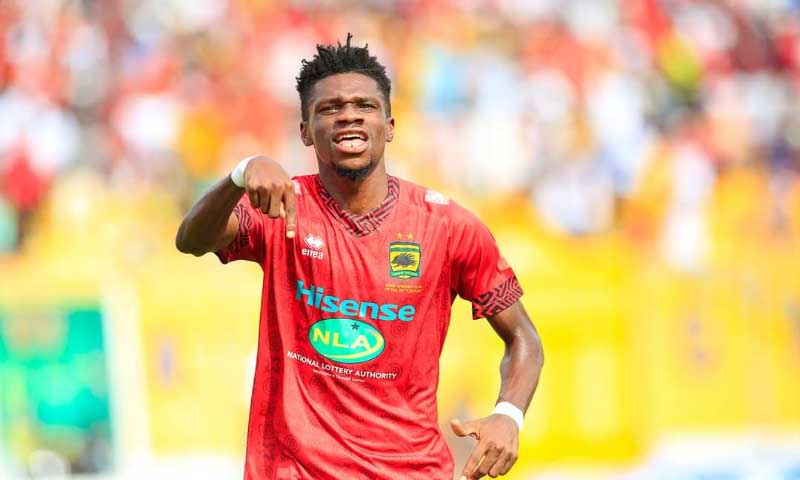 Chiefs have officially submitted an offer to the Porcupine Warriors for the services of the Cameroonian striker who has taken the Ghana Premier League by storm this season.

The Amakhosi are looking at competing with Mamelodi Sundowns for the South African Premier League title next season having released a lot of players at the end of the season and keen to replace them.

Etouga has been lethal for Kotoko this term having netted 20 goals, provided three assists and has also won about 7 man of the match awards helping Kotoko to win the Ghana Premier League for the first time in eight years.

The former Cameroon U20 star signed for Kotoko in October last year from Fortuna de Mfou for an undisclosed amount.

Etouga was included in Cameroon's preliminary squad for the 2023 Africa Cup of Nations qualifications against Burundi following his outstanding performances in the Ghanaian top-flight.

Kotoko are expected to respond to Chiefs' bid whether they will be willing to cash in on the proven goalscorer or keep him at the club for another season.

There are European clubs such as Saint-Etienne, Galatasaray, SD Eibar and Atletico Madrid all linked with the 20-year-old center forward.