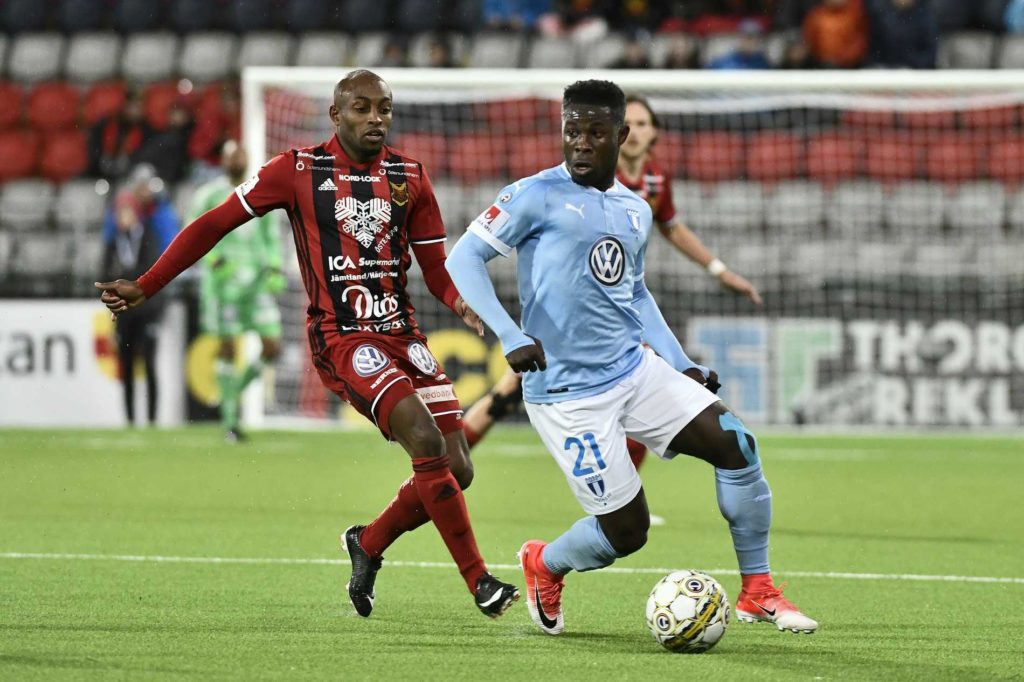 The Khartoum-based club have started talks with the agent of the player with the possibility of signing the deal in January when the transfer window opens.

Talks have advanced and the talented midfielder is expected to arrive in Khartoum in the coming days to seal the deal with them if they reach an agreement over his wages.

Al-Merreikh have moved to sign the player on a free transfer to boost their squad after his contract with Swedish side Malmo was cancelled after he was jailed over a contested allegation of rape.

Sarfo has been released from prison in Sweden after fresh evidence revealed that he was unlawfully jailed in the European country.

The 24-year old was sentenced to two years and eighteen months in prison by a High Court in Malmo in 2018 after he was found guilty of defiling a 14-year-old compatriot living in the country.

It is not illegal for someone to have sex with a 15-year-old which means he did not commit a crime and he has returned to court to prove his case.

Sarfo played for Ghana's senior national team before his problems with the Swedish legal system started.