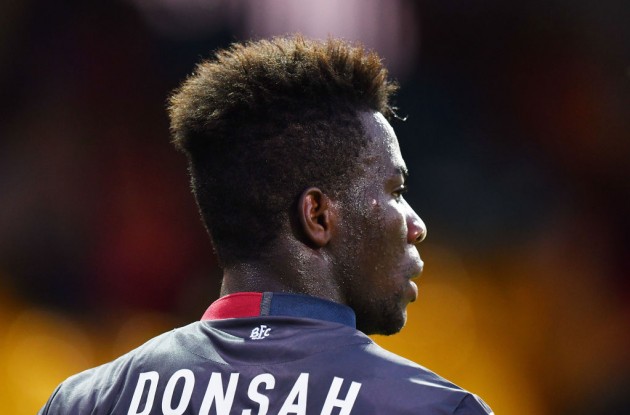 The 24-year-old is deemed surplus to requirement since returning on loan from Cercle Brugge.

Bologna boss Sinisa Mihaijlovic has told the former Ghana youth midfielder to look elsewhere as he does not feature in his plans.

While Italian sides Parma and Verona have made approaches, its Turkish outfit Caykur Rizespor, who appears the most serious contenders.

The Turkish side have held advanced talks with Bologna over the talented Ghanaian with a deal expected to be finalized in the coming days.

Donsah, whose contract with Bologna runs out until summer 2022, has previously played for Palermo, Hellas Verona as well as Calgliari.