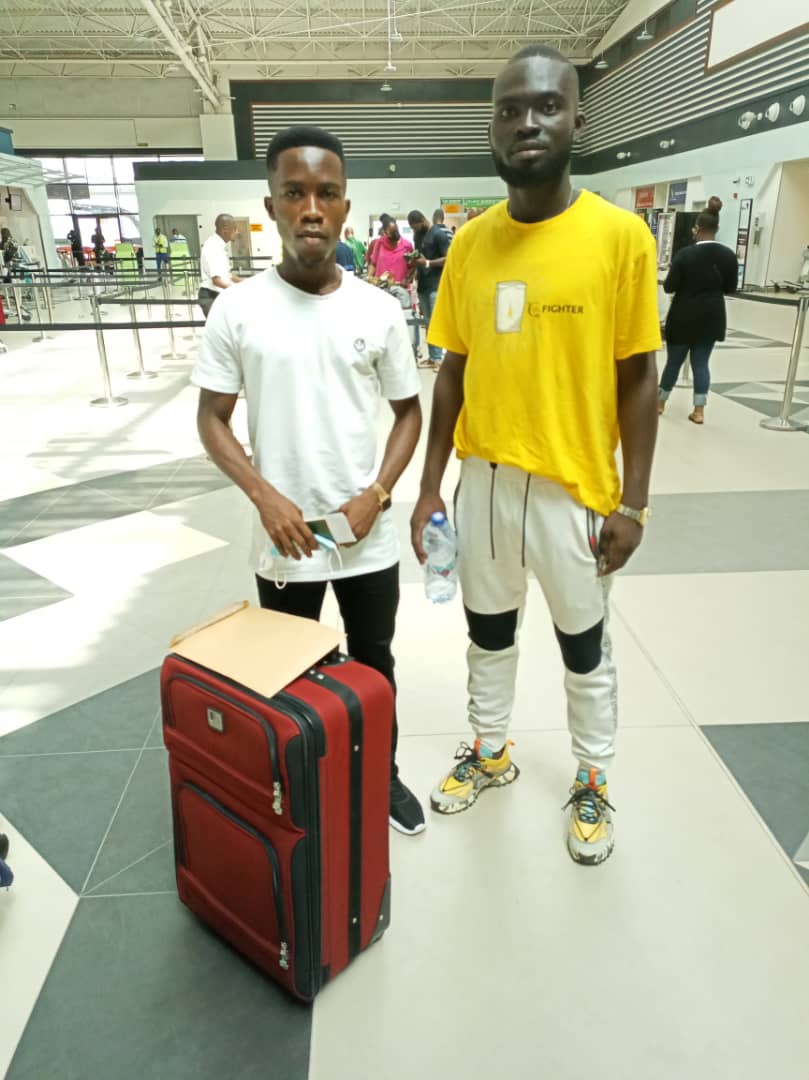 The attacking midfielder, who plays for lower division side Bechem Youngsters, left Accra for the gulf on Tuesday morning to begin a 14-trial.

He was seen off at the airport by his Director Godfred Yeboah Berko on Tuesday morning enroute to Dubai,

The hugely talented midfielder will sign his firs professional contract when he impressed during the two-week period.

Mensah Darkwah has been a key cog of the Bechem Youngsters side and has seen a massive transformation and growth in his talent.

The highly-rated midfielder will sign a bumper deal if he is successful during the two-week period.

The young Ghanaian midfielder scored four goals in just three matches in the country's third-tier league before his departure.