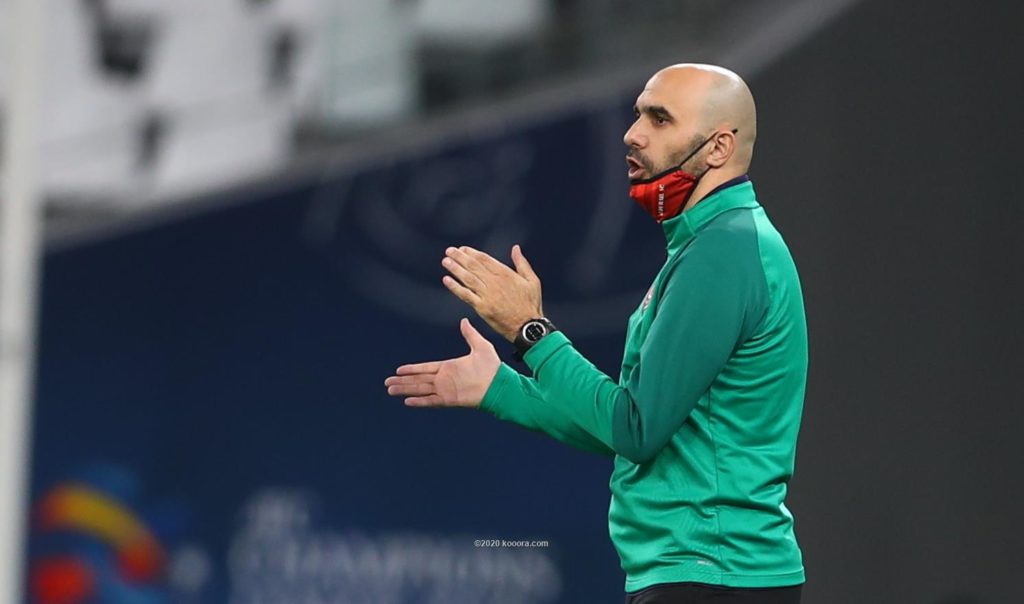 Wydad Athletic Club manager Walid Regragui has undergone a COVID-19 test as he seeks a return to the bench ahead of the game against Hearts of Oak, GHANASoccernet.com can exclusively report.

The 46-year-old former Morocco international missed the first leg in Ghana after testing positive for the virus.

His absence seems to have affected the Batola League champions, who lost 1-0 to Hearts in Accra.

GHANASoccernet.com can report that, Regragui had his second test on Wednesday and could be back in training if the result returns negative.

Wydad need to beat Heats of Oak by a two goal margin to progress to the next stage of the CAF Champions League.

Meanwhile, their opponents Hearts of Oak left Ghana on Thursday evening for the game on Sunday in Casablanca.

Wydad last won the CAF Champions League in 2017 with their opponent Hearts hoping to reach the Group stages for the first time in over a decade.