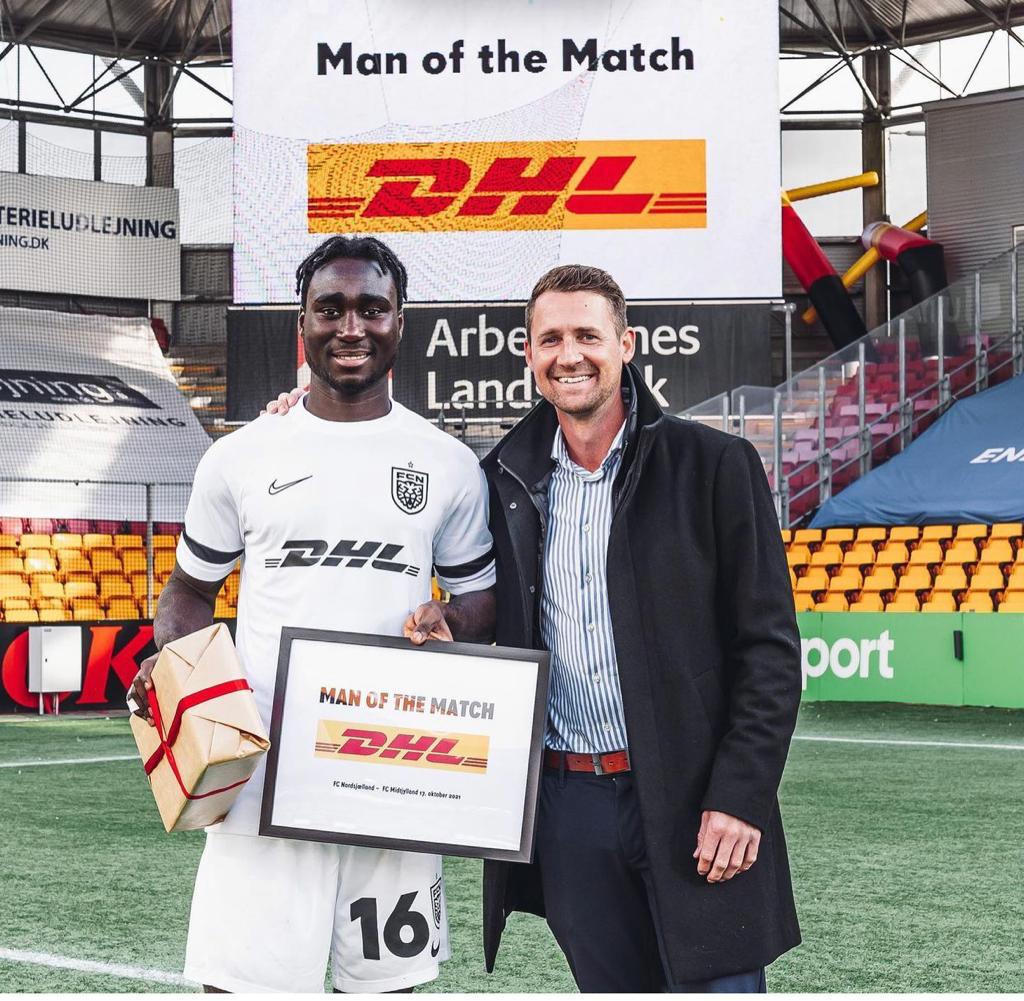 Emmanuel Ogura receives his Man of the Match award in Denmark

Ghana's goalkeeping fortunes is on a big rise as young shot-stopping prodigy Emmanuel Ogura has been named Man of the Match in the Denmark top-flight match.

The 19-year-old, who plays for Nordsjaelland, was handed the award following his heroics in Sunday's 2-2 draw against Danish giants Midtjylland.

Ogura, who is a graduate of the Right to Dream Academy in Akosombo, pulled some excellent saves during the match which has drawn attention to his performance.

Despite conceding two goals in the match against the UEFA Champions League regular campaigners football officials ruled that Ogura must be given the award thanks to his saves during the match.

He was given the award after the game by one of the sponsors of the league competition indicating that Ogura will add to the growing stock of top Ghanaian goalkeepers playing in the top-flight leagues of Europe.

Ogura will be one of the goalkeeper being targeted by the Ghana coaches for any of the national teams of Ghana to boost that department of the Black Stars.

FC Nordsjaelland coach Flemming Pedersen is well satisfied with the 19-year-old Emmanuel Ogura, whom he compares with the Cameroon goalkeeper Andre Onana of Ajax Amsterdam

The 19-year-old Ghanaian made his debut for Nordsjaelland a little unexpectedly, eight months after he had been brought to Denmark from the Right to Dream Academy in Ghana.

"I am very pleased with Ogura's performance in the sense that he plays with an offensive mindset. He was already out at the start of the match, actually wildly far out, grabbing a long throw. He put himself in respect and he was not afraid to play with out on the field," Pedersen said.

"He is a modern goalkeeper and we call him 'Mini-Onana'. Obviously, there are times where he got a little at half distance, but that is being worked on. It's always cool for us to see a young debutant from our own academies. "