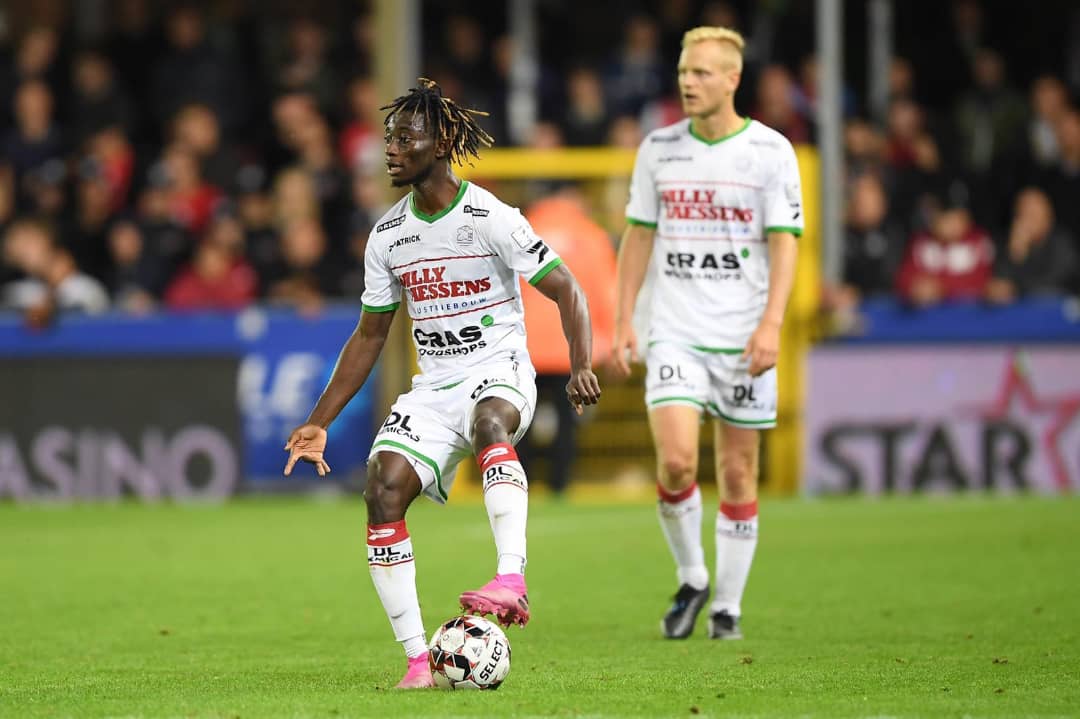 On-loan Zulte-Waregem star Gideon Mensah has earned a late call-up to join Ghana's squad for the first time for the upcoming 2021 Africa Cup of Nations qualifiers against South Africa and Sao Tome and Principe, GHANASoccernet.com can exclusively report.

The impressive left back has been drafted in to replace Columbus Crew star Harrison Afful who is said to have suffered an injury.

Mensah has been one of the in-form Ghanaian players abroad with consistent and quality displays in the Belgian top-flight.

The Red Bull Salzburg-owned player has made the left back position his bona fide after making his debut in a Belgian Cup match.

Mensah has since then made seven straight appearances for Zulte Waregem in the league and provided two assists.

On Friday, the played full-throttle in their 2-1 home defeat to Anderlecht in the Jupiler League.