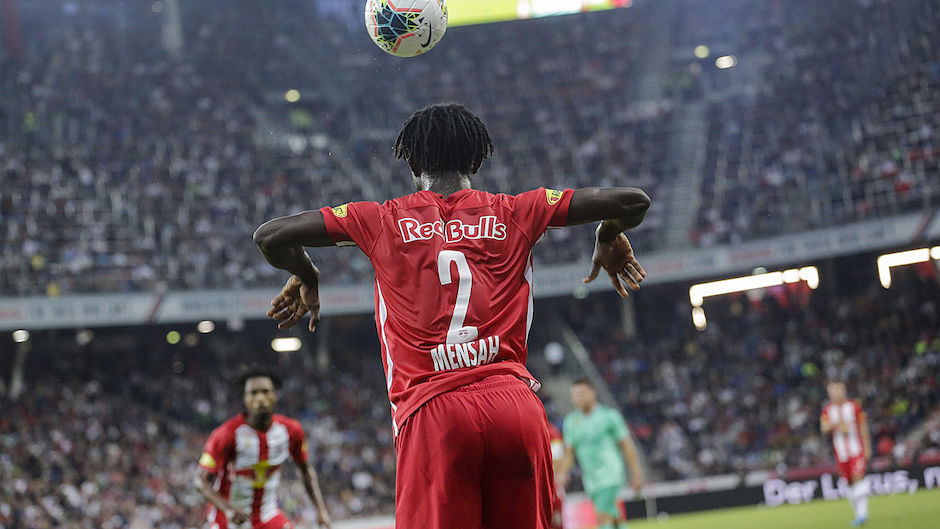 Red Bull Salzburg defender Gideon Mensah will decide by the close of today (Tuesday) whether he will join Scottish side Celtic or Zulte Waregem of Belgium, GHANASoccernet.com can exclusively report.

Also, Austrian top-flight side Sturm Graz where he spent the second half of last season and flourished in 15 league matches want to re-sign him on another season-long loan deal.

The Ghana youth international left back has been on the wishlist of many clubs ever since producing that top-class performance against Real Madrid in a friendly.

Last week, he was linked with Spanish champions Barcelona but it looks like both clubs could not reach a deal.

GHANASoccernet.com understands Mensah will be loaned out for more first team experience.

The former WAFA SC player, who recently signed a contract extension till 2024, is yet to make his first team debut for Salzburg since joining them some three years ago.