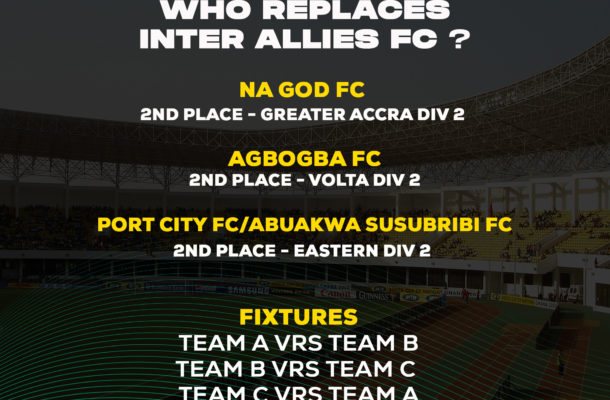 The Executive Council of the Ghana Football Association has resolved that a play-off shall be played between the three second placed clubs in the three Regional Second Division Leagues in Zone 3 with the winner replacing demoted Inter Allies FC in next season's Zone 3 League.

The three teams will engage in an all play all League format after which the winner makes it to the Division One League.

A draw would be held for the teams to pick A, B or C to ensure fair parings. 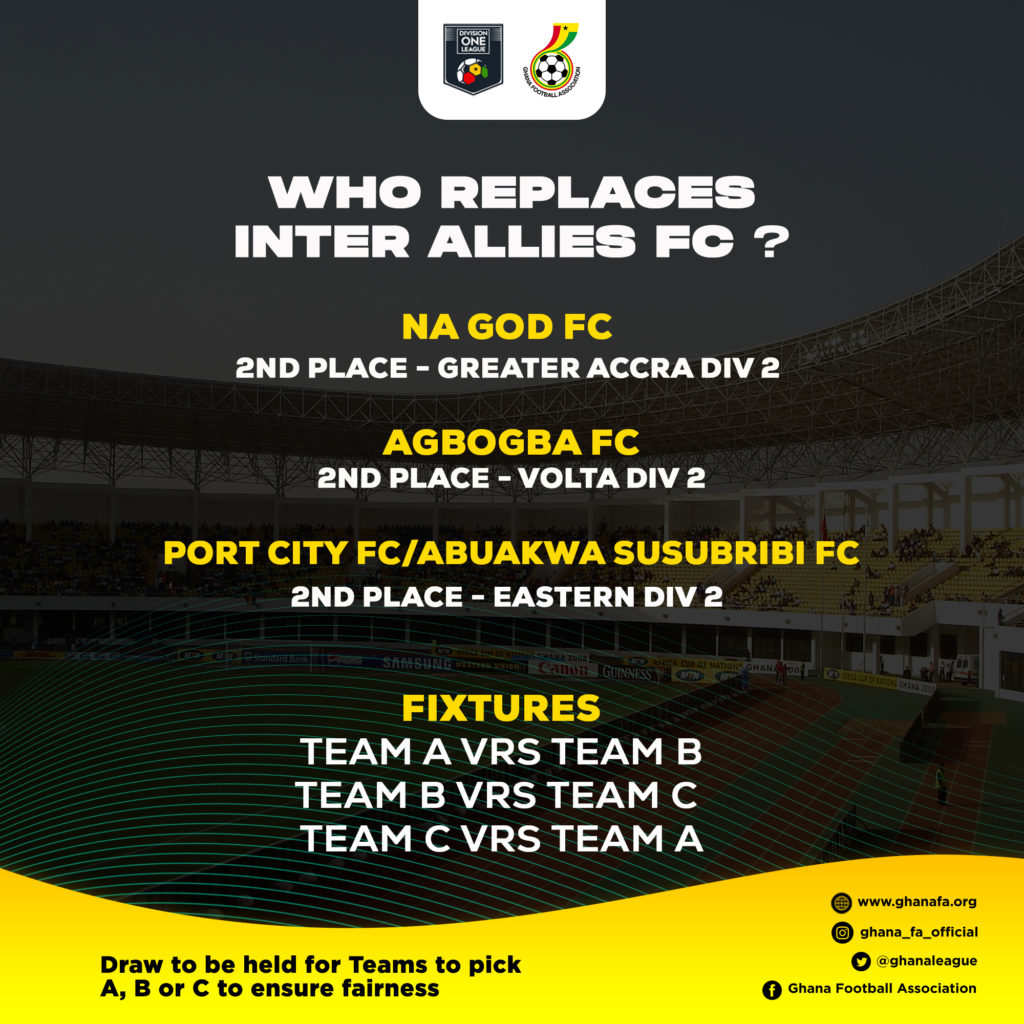