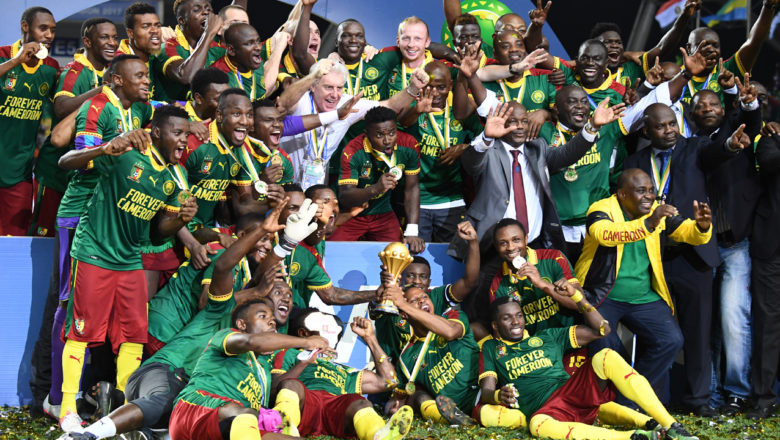 The Africa Cup of Nations gets underway in Egypt on Friday sporting a fresh new look but the 32nd edition is clouded like none before by security concerns and the foibles of the game’s administrators.

A switch to mid-year hosting and an expansion to 24 teams hold out high hopes that the continent’s showpiece sports event will continue to enjoy growing international attention.

However, the changes come hot on the heels of a crisis of confidence for the game in Africa, where leading officials stand accused of corruption.

Controversy raged for years over the event's previous timing in January, when top African players were forced to leave their European clubs mid-season to play in the tournament, and the change to mid-year has been universally welcomed.

The decision to expand to 24 teams produced a more sceptical reaction given that many of the past tournaments have been characterised by the poor standard of matches and further dilution of the field might exacerbate that problem.

But the success of UEFA's expanded European Championship in France three years ago emboldened the Confederation of African Football to follow suit.

It means three new faces in this year's lineup although Burundi, Mauritania and Madagascar are not expected to make much impact.

But this is not a tournament with any clear favourites.

Hosts Egypt are seeking a record-extending eighth title but much of their hopes rest on the form of Liverpool's Champions League winner Mohamed Salah.

He has been given time off to go on holiday after a long season, only joining up with his team mates last Wednesday, but there will be questions over whether mental and physical fatigue will affect his potential for another talismanic performance.

The same is true for club mate Sadio Mane, who leads a credible challenge from Senegal.

Mane will miss his country's first Group C game against Tanzania in Cairo on Sunday as he is suspended because of an accumulation of yellow cards in the qualifiers.

Nigeria return after missing the last two finals and are always contenders, while Ghana continue their quest for a first title since 1982.

Ghana have reached at least the semi-finals in the previous six Cup of Nations finals, going back to 2008, but have fallen short of the winners' podium -- losing the 2010 and 2015 finals.

Cameroon were surprise champions at the last Nations Cup in 2017, when they beat Egypt 2-1 in the final in Gabon, and they are in a similar position this time with mediocre form since that triumph leaving them as outsiders to retain the title.

Egypt get the tournament underway on Friday against Zimbabwe at the Cairo International Stadium, rarely used over the last seven years since strict controls were imposed on football crowds in the country.

Most games have been played either behind closed doors or with restricted attendance to forestall any political dissent that might flow from the terraces.

Supporters of Cairo’s top clubs were prominent in the Tahir Square demonstrations during the Arab Spring of 2011 when Egyptians launched a historic uprising for democracy.

But since the military resumed control in 2013 when Mohamed Mursi was deposed, a tight lid has been placed on dissent.

Mursi, who was briefly the first democratically elected head of state in Egypt's modern history, died on Monday from a heart attack after collapsing in a Cairo court while on trial on espionage charges.

Heavy security is expected around the tournament, which follows quickly on the heels of turmoil in the ranks of the continent's Confederation of African Football (CAF).

The president of African soccer’s governing body Ahmad Ahmad has been accused of corruption by his own general secretary Amr Fahmy, who has since been fired after his whistleblowing.

Ahmad was briefly detained in France earlier this month and is now the subject of an ethics investigation by world soccer's governing body FIFA.

Ahmad, who is also a FIFA vice-president, did not respond to requests by Reuters for comment on the allegations against him.