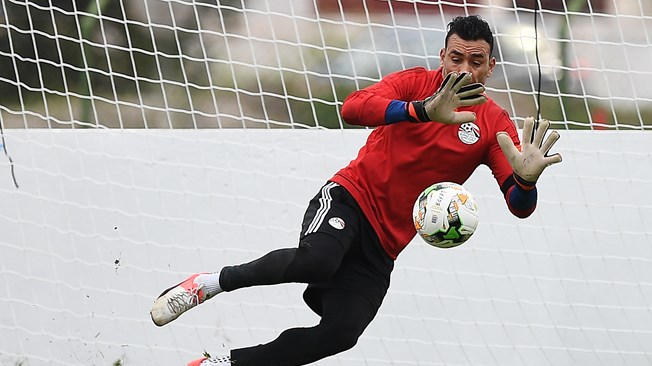 Adroit Egypt shot stopper Essam El-Hadary has hinted that he will love to be the oldest goalkeeper in Russia if The Pharaohs are able to qualify for the tournament.

El-Hadary is the oldest player at the 2017 Afcon after celebrating his 44th birthday two days before their opening group game with Mali.

He came off the bench to replace injure goalie El-Shennnawy, who has eventually been ruled out of the tournament, after he sustained a career threatening inury in the clash with Mali.

And after putting up a youthfully splendid performance, Essam El-Hadary said “I’ve got more objectives beyond playing in my seventh Cup of Nations. I want to play at the 2018 World Cup too.

“We have the chance to qualify for the biggest competition of them all for the first time since 1990. I want to be a part of that and wear my country’s jersey there.”

The Wadi Degla goalie added that his presence at this year’s AFCON has surprised many and he hopes to continue with it in 2018.

“Nobody expected me to be here playing this competition, especially as Egypt have been absent since 2010. I love challenges, though, and I’ve worked really hard over the last two years to get into shape. I train hard, every day, not because it’s my job but because I love football.”