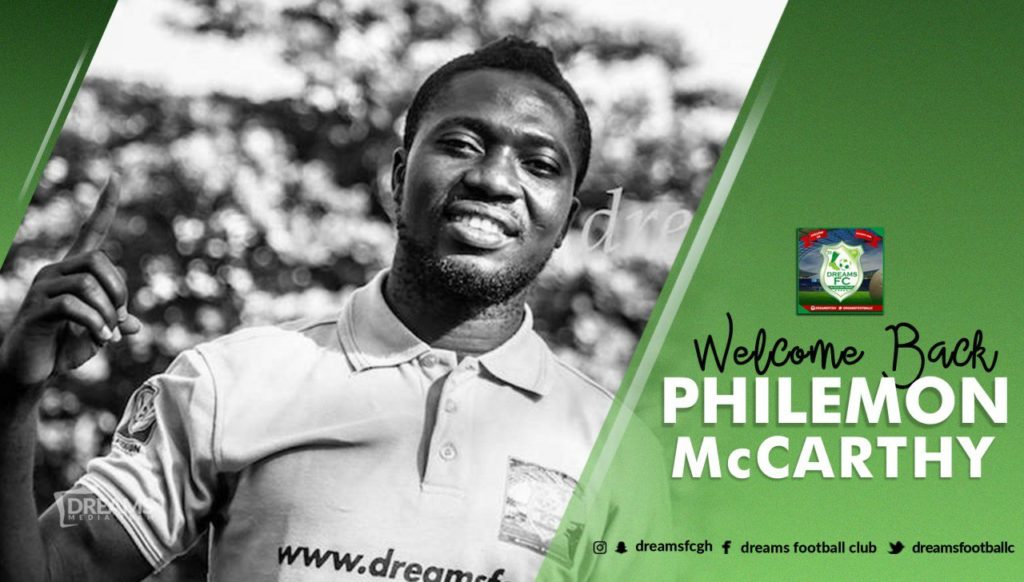 Dreams FC have announced the return of experienced goalkeeper Philemon McCarthy back to team after two years.

McCarthy has signed a two-and-a-half year deal with the Still Believe for a second stint.

The former Hearts of Oak shot stopper left Dreams FC in 2018 after mutually terminating his contract.

The one-time Black Stars goal tender played on loan at Israeli club Hapoel Afula in 2017 and became an instant hero by helping the club to finish mid table with some catchy performances.

McCarthy had his spell at Dreams FC in the second round of the 2015/2016 Ghana Premier League season and put up splendid performances which included scoring a long range effort against New Edubiase at the Dawu park.

McCarthy is a WAFA Academy product.