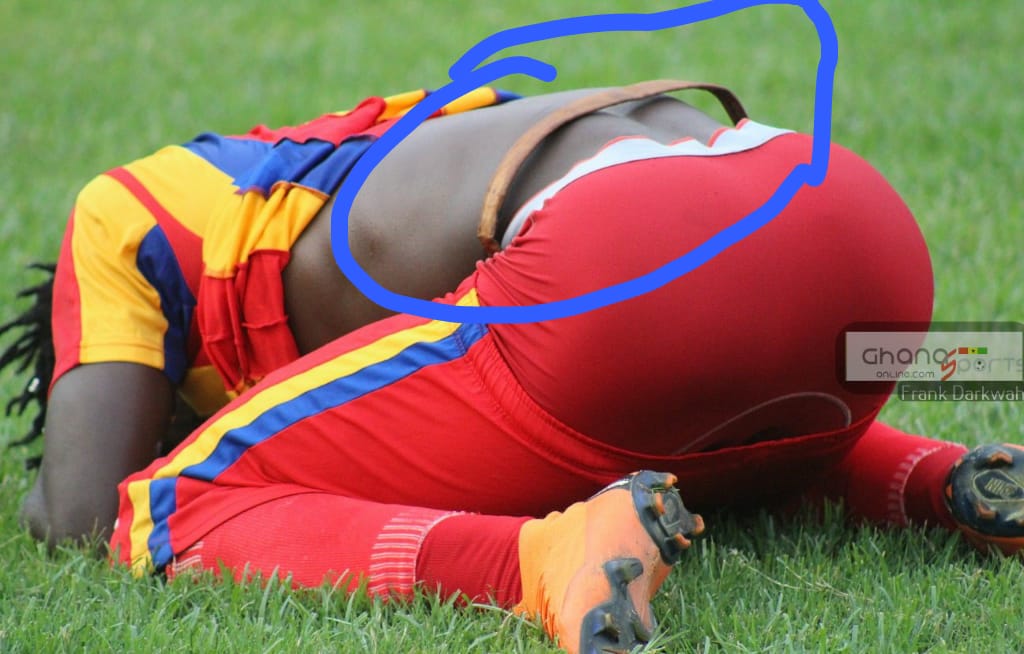 Hearts of Oak striker Aboubakar Traore has been exposed for using black magic 'juju' during the Tier I Special Competition defeat to rivals Asante Kotoko.

The Burkinabe was exposed while he prostrated in reaction to his side's penalty shootout defeat and that exposed what he had around his waist to be a charm or talisman which was expected to help him during the match at the Accra Sports Stadium. (See picture above)

He had replaced captain Fatawu Mohammed in the second half when his side were trailing 1-0.

Traore's pass inside box hit the hand of the Kotoko player and that earned them penalty in injury time.

It was converted by Christopher Bonney for a deserved equalizer to send the match into penalty shootouts.

Traore, who scored Hearts of Oak's fourth kick, buried his head in the turf after Amos Frimpong has scored the winning penalty.

In his prostration, it was clearly captured he had the amulet-like an old fashioned belt-which was tied round his wait.

Despite wearing the talisman, Hearts lost 5-4 on penalties and failed to reach the final.