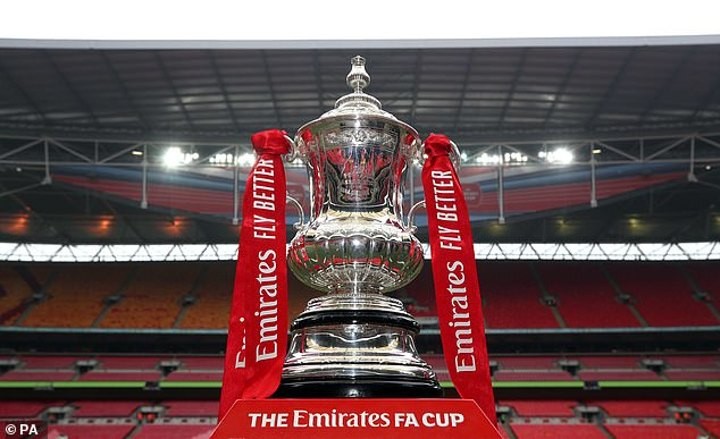 Dates for this season's remaining FA Cup fixtures have been confirmed with the quarter-finals to take place over the weekend of June 27-28 and the final fixed for August 1.

The announcement of the Premier League's resumption on June 17 has given English football impetus and now the Football Association has been able to slot in Cup dates.

The four quarter-finals - Leicester City vs Chelsea, Newcastle United vs Manchester City, Sheffield United vs Arsenal and Norwich City vs Manchester United - will be played over the weekend of June 27-28.

The precise days and kick-off times, plus television coverage on BBC and BT Sport, has yet to be confirmed. All matches will be played behind closed doors.

The semi-finals will take place over the weekend of July 11-12 and the final will be on August 1.

Although venues for the semi-finals and final are yet to be confirmed, it is expected at least the final will be played at Wembley as is tradition.

Football in England has been suspended for over two months amid the Covid-19 pandemic, with the FA Cup quarter-final draw made back on March 4.

The FA's CEO Mark Bullingham said: 'We are pleased to agree the provisional restart date for the 2019/20 FA Cup.

'The competition has been an integral part of the English football calendar for nearly 150 years, and we'd like to thank the Premier League executive and clubs for their support in scheduling the remaining matches during this unprecedented time.

'This has been a difficult period for many people and while this is a positive step, the restart date is dependent on all safety measures being met.

'The health and wellbeing of players, staff and supporters remains our priority.'

All eight teams left in the competition are from the Premier League and they will face an intense fixture schedule if they advance in the Cup.

The aim is to complete all remaining 92 Premier League fixture in a window of just 39 days, with the final weekend on July 25-26.

The FA Cup final would then be staged the following weekend.