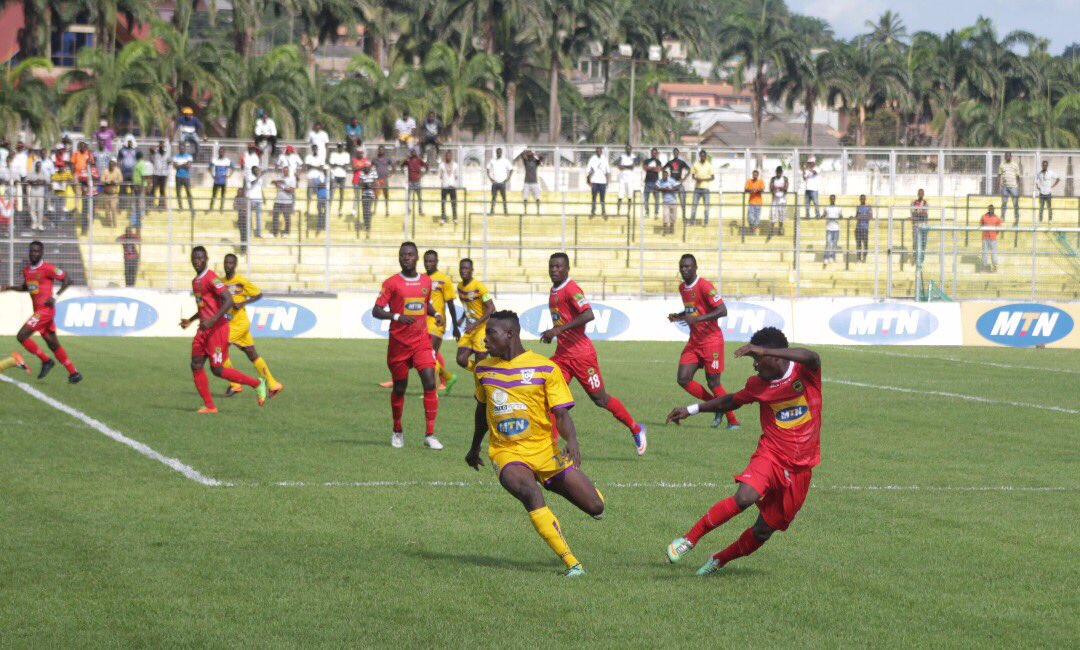 It will be a super clash final between Hearts of Oak and Asante Kotoko after the Porcupine Warriors defeated Medeama on Monday afternoon.

Kotoko needed an extra-time strike from Saddick Adams to secure a 1-0 win and progress to the final at the expense of former champions at the Obuasi Len Clay stadium.

The former Berekum Chelsea ace picked his spot from close range after a delightful pass from Eric Donkor.

The first department saw Medeama edge Kotoko in terms of possession and they should have scored, having created decent opportunities but their profligacy in front of goal coupled with good goalkeeping by Felix Annan ensured the game stayed barren.

However, it was a totally different story in the second department as Kotoko produced an impressive performance and that contributed to them dominating and coming very close to scoring. Adams was guilty of missing two glaring chances in the dying embers of the game.

With neither team finding the back of the net, the game travelled to extra-time and Kotoko determined to avoid the penalty shootout snatched the decider courtesy of Saddick Adams. The ball appeared to have struck his hand before he shot to the back of the net.

The final will be hosted at the Tamale Sports Stadium on 29th of October 2017.