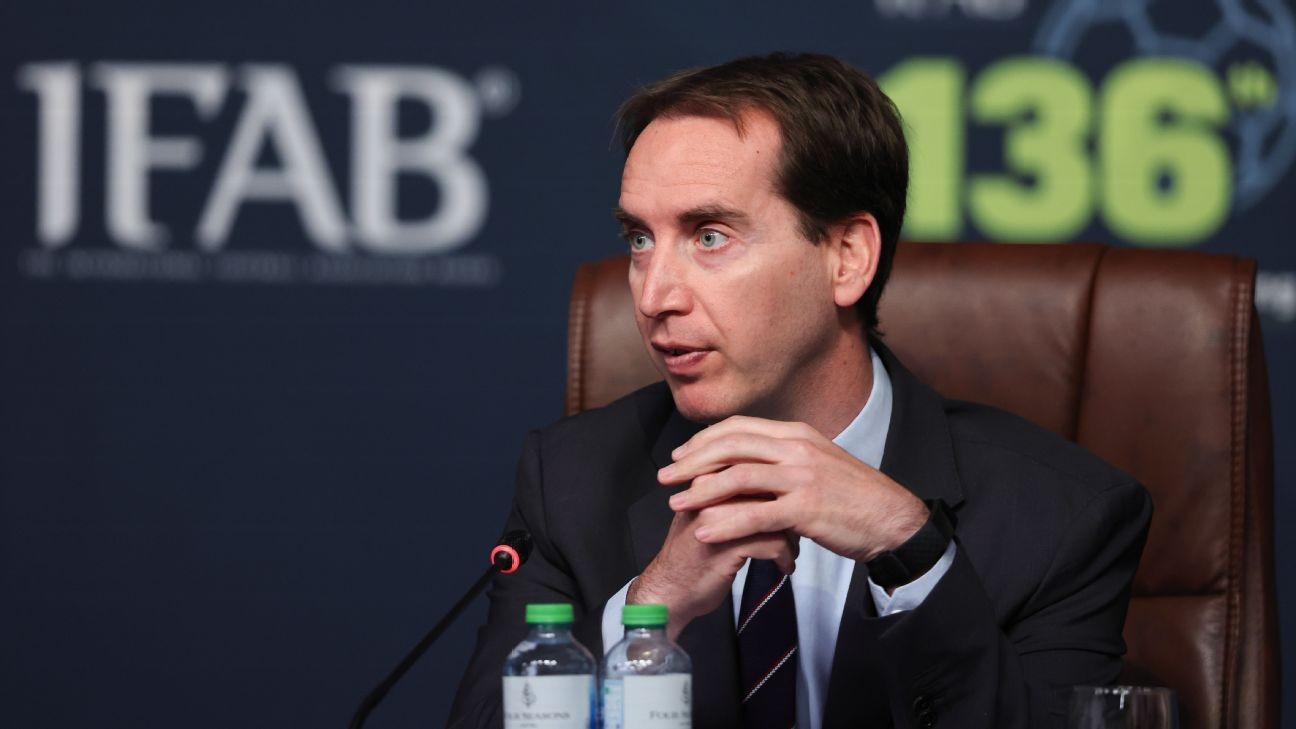 The English Football Association has hit back at criticism of the venues for this summer's Women's Euro 2022 in England by saying it had to "persuade clubs and cities" to host games at the tournament.

The final, at Wembley on July 31, is also due to be played in front of a capacity crowd at the national stadium.

But with some fixtures scheduled at lower league stadiums in Rotherham, Milton Keynes and Leigh -- Leigh Sports Village has a capacity of 12,000 and is the home venue for Manchester United's reserve team -- as well as Brentford, Brighton, Southampton, Sheffield and the Academy Stadium at Manchester City, the organisers have been accused of being 'disrespectful' to the women's game by Iceland player Sara Bjork Gunnarsdottir.

Speaking in April, Gunnarsdottir also said, "I'm a little bit disappointed with some of the stadiums that we got. It's shocking. You're playing in England, you have so many stadiums, and we have a training ground from City. It's just embarrassing."

Mark Bullingham has responded to criticism of venues for the Women's European Championship. Matthew Ashton - AMA

But in a Zoom interview with reporters, FA chief executive Mark Bullingham and FA Chair Debbie Hewitt both rejected the criticisms and said that efforts were made to take the tournament to the biggest clubs and stadiums in the country.

"In terms of the venues, they were chosen in 2019," Bullingham said. "And the absolute truth of it is we did a tender process throughout every major ground and city in the country and there were very few that came forward in wanting to host the women's Euros.

"We actually had to persuade a few clubs and cities to come forward so we are actually very happy with where we got to.

"We think we have got some brilliant venues, but if you think people were knocking our door down to host matches, that was not the case.

"Overall, I think we are really proud of the fact we have sold more than 430,000 tickets the record for women's Euros before was 240,000, we would hope to be over 500,000 so think it will be a fantastic tournament that will raise the profile of the women's game."

FA Chair Hewitt says that the progress and development of the women's game since the venues were selected in 2019 should also be taken into account.

"These tournaments are planned years in advance," Hewitt said. "If you think about when we won the bid and the stadiums were first decided, that was some considerable time ago and you have to think about where women's football was then.

"But it's unfortunate when people talk about training grounds, the grounds where these games will be played are better than where some teams play week in week out.

Meanwhile, England manager Gareth Southgate has received the public backing of his bosses at after being subjected to fans' calls for him to be fired as England manager for the first time.

Southgate was forced to endure chants of 'Southgate Out' and 'You're getting sacked in the morning' during England's 4-0 Nations League defeat against Hungary in Wolverhampton last week -- the team's heaviest home defeat since 1928.

But FA chair Hewitt says that the former Middlesbrough manager has transformed the England set-up since his appointment in 2016 and that he deserves credit for overhauling the culture within the squad.

"The first thing I'd say, my personal opinion on Gareth, is that he is by facts on the pitch the most successful England manager we've had for 55 years," Hewitt said. "The fact is that he's taken us to a World Cup semi-final and a Euros final.

"The bit people don't see as much is the Gareth at camp and the culture he's created. Certainly prior to Gareth being the manager of England, there was not the pride of wearing the England shirt.

"There were the club rivalries we'd read about. The players not getting on. He's changed that beyond recognition and I've seen that first hand.

"I'd also say, I don't just work in football I work in business and I've worked with a lot of chief executives and Gareth's skills - his high IQ and high EQ - would make him a chief exec in any sphere.

"And that resilience and accountably, the two qualities I admire most about him, is he takes the accountability, there's no slopey shoulders, he doesn't huff, he's resilient and that's what you want in an England manager."