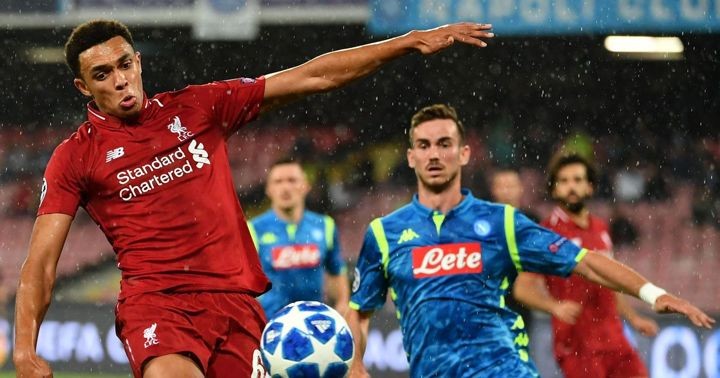 This Liverpool side is one of the best in Premier League history.

Jurgen Klopp's men are well on their way to claiming the top-flight title and on pace to break Manchester City's record points total after failing to win all but two of their 29 matches this term.

However, if there is a weakness in their present set-up, and it is difficult to say there is, perhaps it comes in the form of a creative central midfielder.

The Reds are reliant on their front three in front of goal. That is to say Sadio Mane, Roberto Firmino, and Mohamed Salah have combined for 38 goals and 20 assists as a brilliant attacking triumvirate that routinely dismantles any defence before them.

But as the defeat to Watford and other results have proved, at times, Liverpool can struggle to completely break down deep-lying defences.

Jordan Henderson is the only midfielder with more than two assists this season and Liverpool's top-five chance creators are the front three, Andy Robertson and Trent Alexander-Arnold.

That is partly due to the system that Klopp implements, but it is a concerning aspect that might need to be addressed.

Xherdan Shaqiri and Adam Lallana have the capability to offer this offensive spark, but they have struggled for fitness, form and favour, combining for just 535 league minutes this season - yielding two goals and one assist.

And with Lallana set to leave the club at the end of the season and Shaqiri's future also in doubt as he reaches the latter years of his prime with little chance of regular football at Anfield, the Reds could be looking to bolster this area with more competition for the likes of Alex Oxlade-Chamberlain and Naby Keita.

One player who has been linked with a move to Merseyside is Fabian Ruiz, a striding, 6-foot-2, left-footed central midfielder who has flourished at Napoli.

Ruiz will turn 24 in April, the prime age for what you'd consider would be a Liverpool target, and he might just be the solution to their creative midfield needs.

His performances for Napoli have been exemplary. He is a terrific passer, averaging 77.9 per 90 minutes and maintaining a pass completion rate north of 90%. Last year, he averaged over 80 passes per 90 minutes with a pass accuracy rate of 89.8%.

Ruiz is technically excellent, controlling the ball under pressure with ease and possessing the vision to spray any pass he likes, especially off his left side. But he also recognises the advantage his frame provides him. He completes over two-thirds of his dribble attempts, averages more than three attempted tackles per 90 minutes, and is not afraid to lean onto other players to shield the ball.

It is this combination of creative awareness and vision, technical ability, especially regarding his dribbling and distribution, and physical power that make him an ideal fit for the Premier League. Other creative midfielders have arrived in English football and struggled to imprint themselves on matches because of their slight stature. Ruiz will not struggle in the same manner.

He is not the perfect prospect, of course. His strengths lie in two positions in the midfield, meaning his versatility is possibly not what Klopp desires. The Spain international's production could be more consistent too and he may settle into a deeper role as he ages, which is not precisely what Liverpool require. He is also a little slow to play passes and can hang onto the ball a little too long, waiting for the perfect opportunity to shoot or pass when it never is going to arise.

Nevertheless, he has all the tools to be a very capable creative midfielder in the Premier League, and that might just be enough to entice Klopp, Michael Edwards and co. to dive in with a belief they could aid his development.