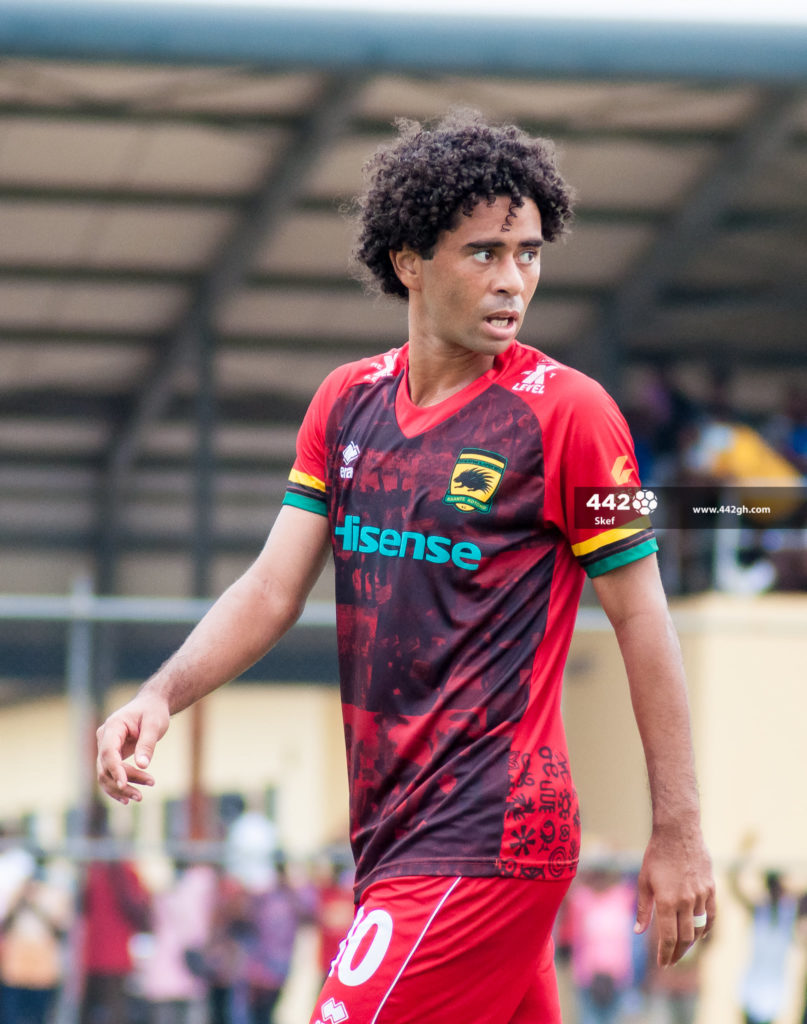 Asante Kotoko’s Brazilian star Fabio Gama has emerged as the most attractive player in the Ghana Premier League, according to the African Sports Centre for Data, Research and Technology’s 2021 Ghana Premier League Report, taking over from Asamoah Gyan.

The 29-year-old fended off competition from Hearts of Oak duo Daniel Afriyie Barnieh and Ibrahim Salifu, and attacker Emmanuel Gyamfi, who played for Kotoko last season.

Only the top four players of the nationwide survey has been announced, with an extended list set to be unveiled in the full report expected to be released later this month.

The Ghana Premier League Report by the African Sports Centre (ASC) is an annual pre-season report based on a survey conducted across all regions and districts in Ghana as part of the build-up to a new campaign. It has a sample size of 3300.

The report focuses on consumer/fan behaviour in relation to revenue opportunities the Ghana Premier League, particularly in areas of Interest and Awareness, Patronage and Consumption, and Commerce.

In the 2021 survey, Gama was named by 23 per cent of survey respondents to become the new GPL poster boy.

Barnieh, who received a first senior Ghana call-up in September, came second with 11%, just one mark above teammate Salifu.

Gyamfi, who has left Kotoko after last season, came fourth with 5%.

Last season, Ghana legend Asamoah emerged as the player with the highest pull on fans, polling a staggering 52%.

Asante Kotoko's Fabio Gama makes the cover of the #GPLReport2021 after emerging the most attractive player in GPL.