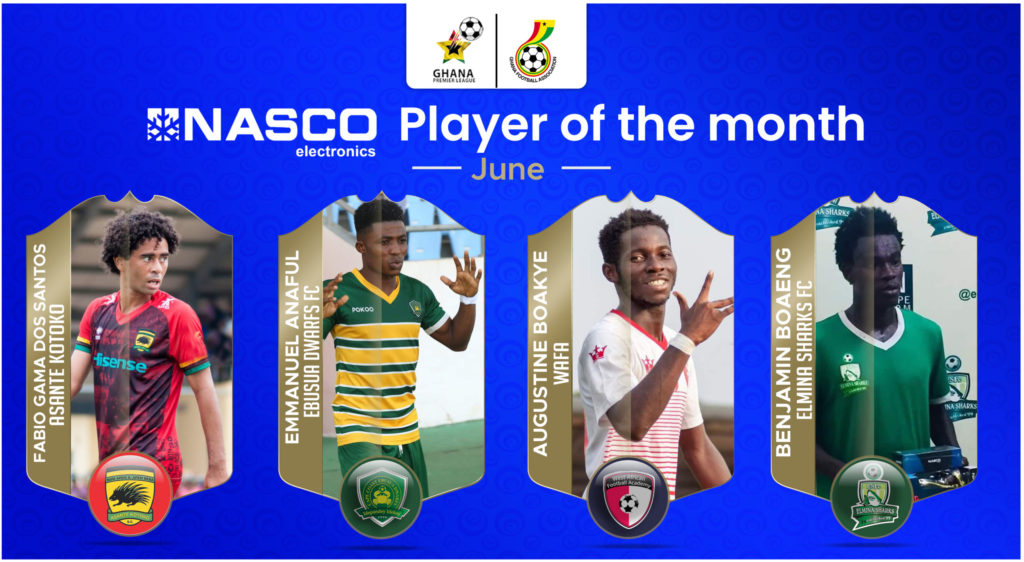 The four players are in contention for the June award although the season concluded last weekend.

Anaful's stellar display in June won him two man of the match awards, same as Boateng.

The winner will be announced on Friday with the footballer taking home a 41’ inch NASCO Television set and a plaque.