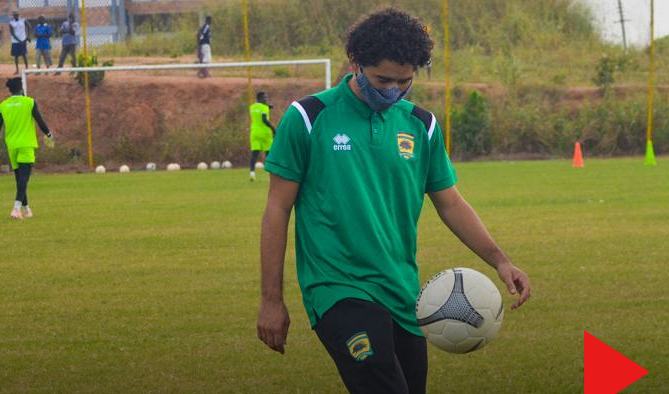 Fabio Gama is yet to make debut for Kotoko

Kotoko shocked Ghanaians with the announcement of Gama during the transfer window ahead of the start of the 2020-21 Ghana Premier League season.

They signed Gama, on a two-year deal but he is yet to make an appearance due to fitness issues.

Prior to his arrival in Ghana, Gama had featured for 10 clubs, including Swedish clubs Jonkopings Sodra IF and IFK Varnamo.

During his short stint in Sweden, he faced off with Sadat, who plays for second-tier club Halmstads BK.

‘I saw Fabio Gama in the Swedish league even though we were playing for different clubs. He’s very good.

“His control and everything is perfect but the only thing I am afraid of is the kind of pitches we have in the country and the weather condition,” he told Pure FM.

Sadat is currently on holidays in his native country after an impressive season, scoring 6 goals and providing 11 assists in 27 appearances.