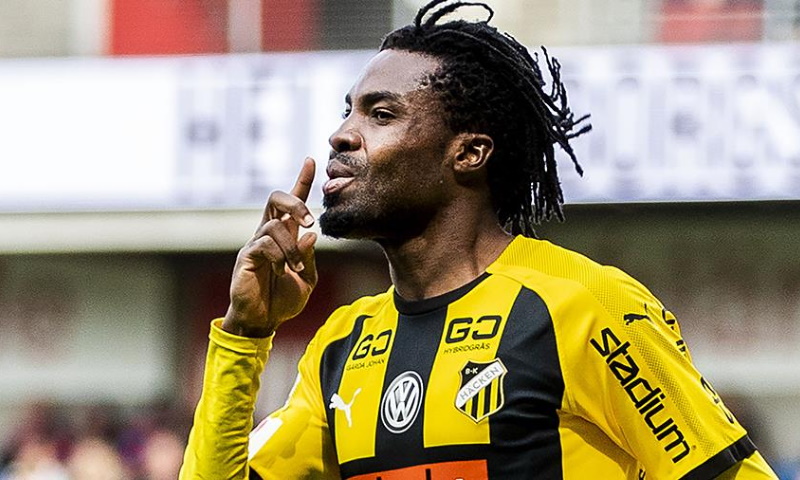 Falkenberg FF new striker Kwame Kizito believes he has the expertise to bang in the goals for his Swedish Allsvenskan side this year.

The former Hearts of Oak player signed for the club in December last year on a permanent deal after just one season at BK Hacken.

Last year (2019) was his debut season in the Swedish top-flight where he scored three goals and provided three assists in 13 appearances in all competition.

Kizito, who played a key role in Ghana winning the 2017 WAFU Cup of Nations on home soil, knows he cannot disappoint this term.

''Yes I think so,'' he replied to the question if he was going to score more goals this year.

''But I obviously need help from my teammates and my coach. Then I think I can score more goals. In the training we try to get to know each other.

''I think I can do better and score more goals. I need to work hard and focus. I think this is going to be a very good season for me.''