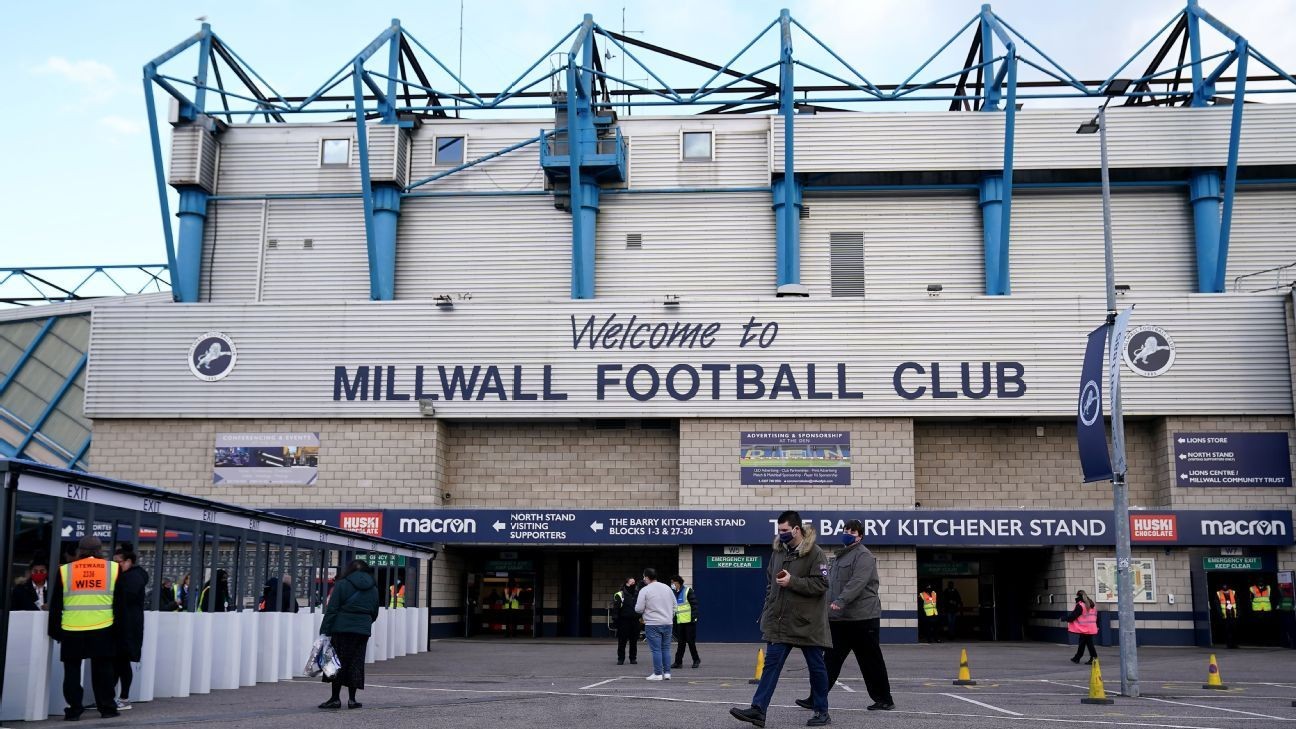 Fans at Millwall's home game against Derby booed when players took a knee before the game to support the league's anti-racism message on Saturday.

It is the first time since March that the Den has hosted fans after crowds were banned as a precaution during the COVID-19 pandemic.

Some fans had called for the players not to take a knee before the game but Millwall had released a statement affirming their commitment to fighting racism.

As fans return to Milwall's ground, booing was heard when players took the knee in support of the Black Lives Matter movement. pic.twitter.com/3dcQrVceiF

"We are fully supportive of the efforts in ridding the sport, and society, of all forms of discrimination," the statement said.

"It is our duty to reinforce the positive messaging. Taking the knee, for us, is in no way representative of any agreement with political messaging or ideology. It is purely about tackling discrimination."

Coronavirus regulations in England mean that only local fans are allowed to attend games with no away fans permitted to travel.

Footballers in England have been taking a knee before games since football returned in June following protests in the United States over the death of George Floyd in police custody.