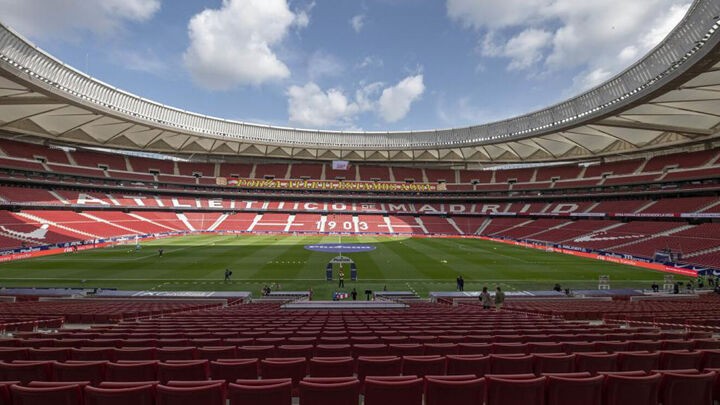 Atletico Madrid are preparing for the possibility that the Spanish government and LaLiga will soon allow fans back into stadiums, and they have announced their plans for the game against Osasuna on Sunday, May 16.

The authorities have yet to make an official announcement on the matter, but it has been suggested that fans could return to LaLiga Santander for the final two matchweeks.

In Atletico's case, their only home game this could apply to is their penultimate match of the season, which is against Osasuna.

The situation is something the club has been working on for a while and it is now known that 90 percent of the capacity allowed by the authorities will go to club members, while 10 percent will be reserved for the club's obligations, including to sponsors, partners, players, employees and so on.

Members wishing to attend the match in question will have the opportunity to register on an online portal and request a ticket.

This portal will only open if and when it is known that fans can attend the game.

Half of the tickets available to members will be allocated on the basis of member number, with those who have been members for longest taking priority.

The other half of these tickets will be allocated randomly amongst members who missed out on the first half.

There will be no additional fee for fans to pay for these tickets, a gesture on the part of the club to thank fans for their support throughout the pandemic.

All tickets will be named and non-transferable.