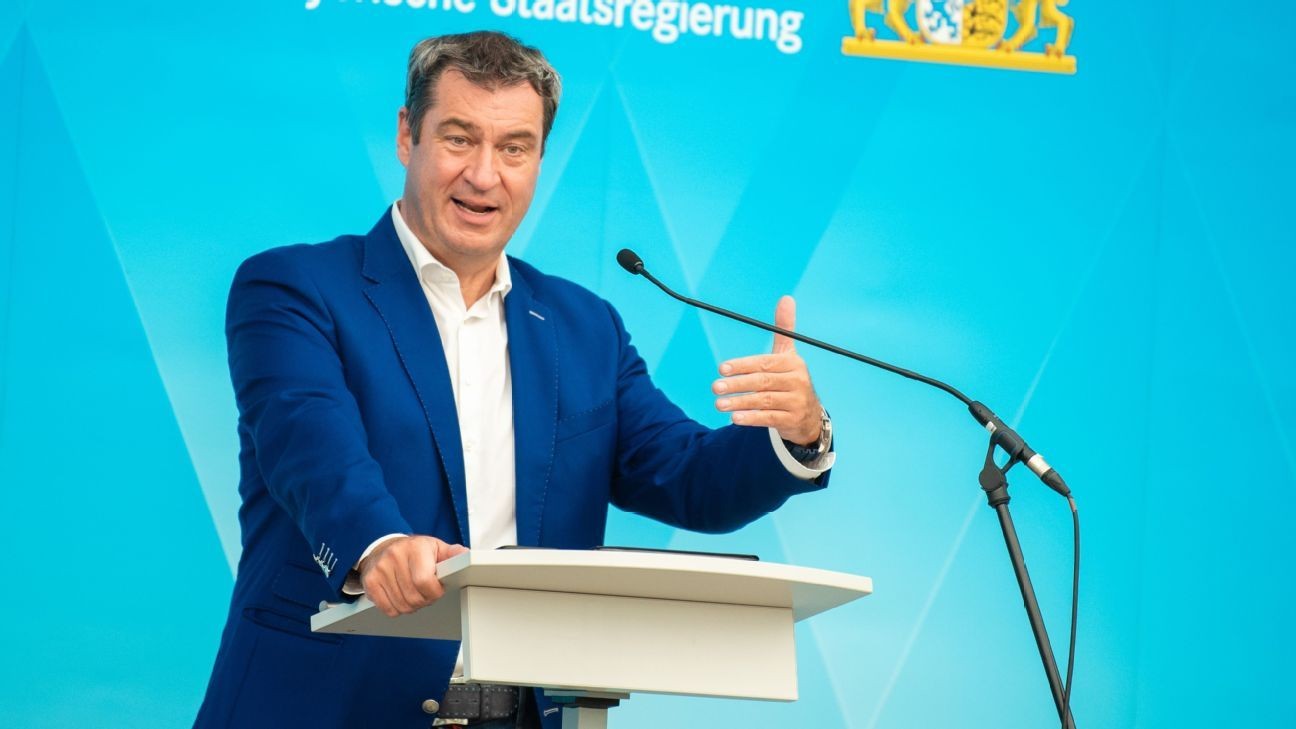 Markus Soder, one of Germany's most influential politicians, has said it would "send a disastrous signal to the public" to allow supporters back into Bundesliga stadiums in September.

The Bundesliga was the first major European league to return in mid-May amid the coronavirus pandemic after working out a detailed concept to bring back football without fans.

Last week, German Football League (DFL) boss Christian Seifert said that he hoped some fans could return once the new season kicks off on Sept. 18. Clubs agreed on an alcohol ban, standing tickets and away support to open the door on a percentage of fans attending league games again.

However, Seifert added that ultimately the decision remained in the hands of the political decision-makers.

"It would send a disastrous signal to the public with regard to medical capacities as well as the cultural events," Soder, Bavaria's minister president and possible successor to Angela Merkel as German chancellor in 2021, told a news conference on Monday.

Because of Germany's federal system as well as the different conditions at each of the 36 stadiums, clubs have worked on individual concepts within the framework of the guidelines presented to them by the DFL. Local authorities would have to green light the return.

But amid a surge in new coronavirus cases in Germany after the reopening of schools following the summer holidays in several states, fans at stadiums could remain unlikely when the campaign resumes.

Soder is just one of many political voices to address his fears of fans returning to stadiums.

"Professional football is not on top of our list," Berlin health senator Dilek Kalayci said on Monday ahead of a conference of all German ministers of health where the return of fans was also set to be discussed.

Mass events across the country are banned until the end of October.