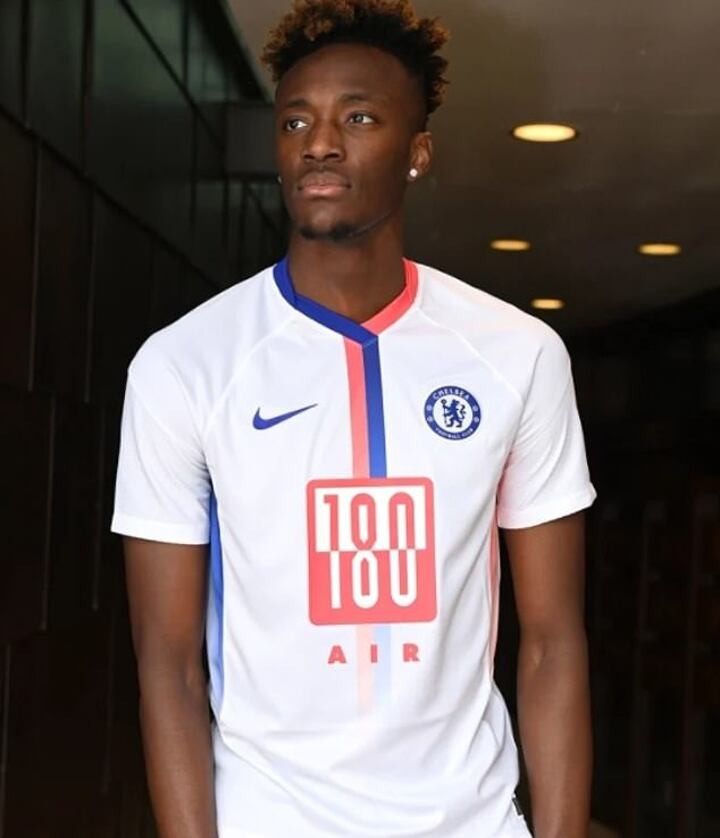 Fans have reacted with fury at Nike's launch of Air Max Collection shirts for Liverpool, Chelsea and Tottenham - which have gone on sale for £70 even though they won't be worn on the pitch.

Nike have linked up with the Premier League trio for a new wave of special edition jerseys inspired by their trainer collection.

Each of the kits is based on the design of an iconic Air Max trainer, and has been modeled by Jordan Henderson, Tammy Abraham and Eric Dier.

But supporters aren't pleased with the eye-watering sum of money needed to purchase a shirt that will never be worn during a match.

Tottenham fans took the most umbrage at their shirt, which features four different shades of grey and a neon yellow collar.

A Spurs fan account posted: 'Absolutely awful. An abomination. You plan to charge people real money for this? Wow.'

Another fan complained: 'Why does Nike always make the worst kits against us? I think we should end the sponsorship now, they make the jerseys of other teams better.'

One put it simply, 'What is this?'

Liverpool's shirt, inspired by the Air Max 90 colourway and featuring the Nike Air logo and pinstripe lines running down it, received one reply of vomiting emojis.

Chelsea's is a white shirt, which also features the colour scheme of the third kit which was released to a chorus of negativity last summer.

The red and blue which inspired their alternate strip is prominent again, and prompted one fan to post: 'This new Palace kit is incredible'.