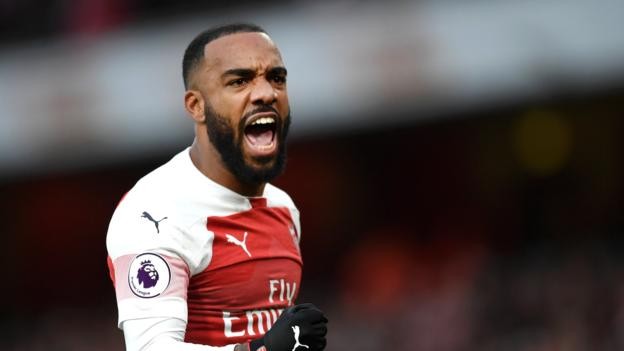 January. A time of many fixtures, players being rested, squads being rotated and also new additions coming into the league.

It's a tough time for fantasy football managers as your star striker or midfielder spends some time on the bench with you trying to second-guess what the real-life bosses are going to do.

So, here are a few tips on players you want in your side this week and those you should avoid.

One player you want to be getting rid of is Arsenal striker Pierre-Emerick Aubameyang as he was shown a straight red card against Crystal Palace on Saturday and the Gunners were then unsuccessful in an attempt to get his three-game ban lifted.

That means he misses their next two league games - at home against Sheffield United and away at Chelsea - so Alexandre Lacazette, who has started the last four Arsenal league games would be a good option, as would club record signing Nicolas Pepe.

With Harry Kane out injured until at least April, Tottenham are light on attacking options, meaning Son Heung-min and Lucas Moura, both listed as midfielders, are worthy additions for the trip to Watford.

Listen to the latest Fantasy 606 podcast

Son was a substitute in the FA Cup win over Middlesbrough on Tuesday as Jose Mourinho tried to rest him, while Dele Alli only played the final five minutes of that match.

Trying to guess a Pep Guardiola side is a constant struggle for fantasy football players because he is able to rotate his Manchester City squad without any impact on the results.

Raheem Sterling has only played for one minute in City's two Premier League games in 2020 as he was an unused substitute in the 6-1 win over Aston Villa so you would expect him to return to a three-man attack at home against Crystal Palace.

On a similar theme, Kevin de Bruyne, who has 16 league assists this season - six more than any other player - was taken off in the second half against Villa but not because of an injury and therefore is likely to play from the beginning against the Eagles.

Top goalscorers in the Premier League 2019-20

Liverpool goalkeeper Alisson, along with his defence of Andrew Robertson, Virgil van Dijk, Joe Gomez and Trent Alexander-Arnold has not conceded a goal in five Premier League matches.

De Bruyne has been involved in nine goals in six matches (three goals, six assists) and his Manchester City team-mate Riyad Mahrez has either scored or made at least one goal in four of the past five games.

Southampton striker Danny Ings has netted 13 times in 16 games, while Watford, since Nigel Pearson came in, have looked a good bet for cheap options. Ismaila Sarr has scored twice and made three goals in five matches, Abdoulaye Doucoure has been involved in four goals in three weeks, Troy Deeney has scored four in five, while Hornets goalkeeper Ben Foster has kept a clean sheet four times in six league games.

For those wannabe managers that study the fixture list, improving Everton, with three league wins in four since Carlo Ancelotti took over, could be a good option as the Toffees do not play a side in the top eight in the next four weeks, starting with Newcastle at home on Saturday.

Mason Holgate, a cheap defensive option, has played the full 90 minutes in all of Ancelotti's league games and striker Richarlison - listed as a midfielder - has scored in back-to-back games.

The transfer window is open, but so far there has been little to excite Fantasy Football managers. Tottenham have signed midfielder Gedson Fernandes on loan from Benfica, but there should be no rush to get him in your line-up as he has never scored a senior goal in the league.

Pepe Reina coming in to Aston Villa could be a cheap goalkeeper option, with Villa's regular first choice Tom Heaton out for the rest of the season and his back-up Orjan Nyland conceding six against Manchester City last week.

Villa face Brighton, Watford and Bournemouth in the next three weeks.

Striker Cenk Tosun could be worth monitoring after moving from Everton to Crystal Palace, where he should play far more often, although the Eagles are at Manchester City on Saturday so save that transfer for another time.