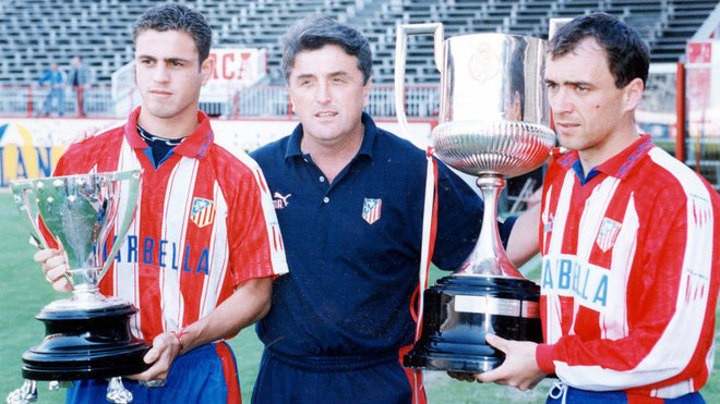 Radomir Antic will be remembered by Atletico Madrid's supporters for being the man that brought them the double in 1996.

With the Serbian in the dugout, Los Rojiblancos won the LaLiga title and the Copa del Rey, breaking a dominant duopoly shared by Real Madrid and Barcelona.

What made it even more special was the fact that it was Antic's first season at the club after arriving in the summer of 1995.

By then, he'd already had success as a coach in Spain, achieving targets at Real Zaragoza and Real Oviedo before.

Atletico president Jesus Gil was known for unearthing top coaches and Antic was his latest one.

He constructed a defensively solid team, while his star signing, Milinko Pantic, marshalled the midfield.

Atletico finished four points above Valencia in the table to win their first league title in almost two decades.

Success in the cup came too as Almeria, Merida, Real Betis, Tenerife and Valencia were brushed aside on Atletico's route to the final.

There, at La Romareda, they took Barcelona to extra-time before Pantic headed in the winner in the 102nd minute to secure the trophy.

With those two trophies alone, Antic will forever be labelled as a club legend.