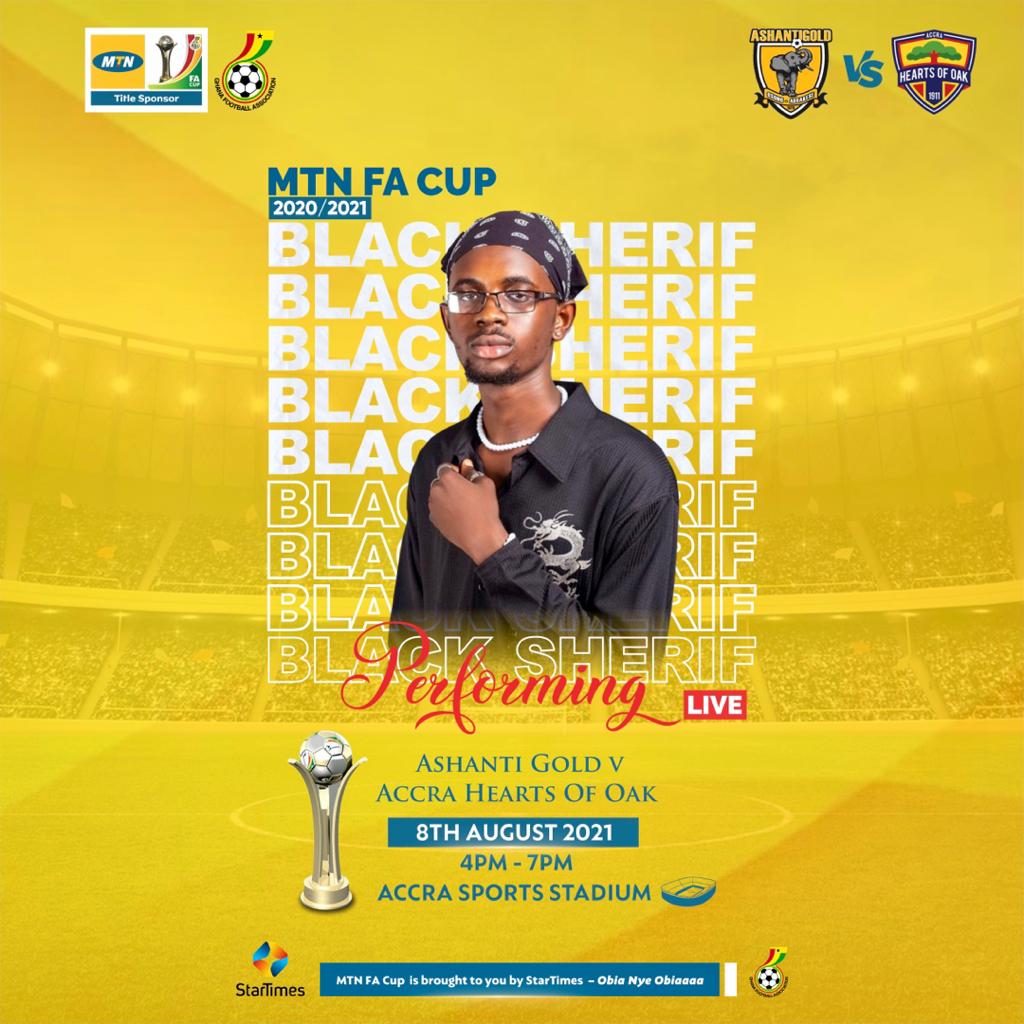 Highly talented musician Black Sherif will perform at the MTN FA Cup final at the Accra Sports Stadium on Sunday.

The trap music sensation is expected to provide high quality entertainment to fans before and during the game between Hearts of Oak and Ashantigold.

Black Sherif is currently the most hottest artist in the country with his first and second sermons hitting over a million views on YouTube.

He has also topped charts in the country with his most recent song the second sermon, which ironically has the name of Ashantigold financier Dr Kwaku Frimpong.

What else?? It's his season and we won't also miss out.

Hearts of Oak will be gunning for the double when they engage the Aboakese lads in Accra on Sunday, having already been crowned champions of the Ghana Premier League.

The winner of the FA Cup represents Ghana in Africa in the CAF Confederation Cup.

Hearts have already sealed their place in the CAF Champions League after winning the league, and Ashantigold could take the Confederation Cup slot regardless of Sunday's outcome.