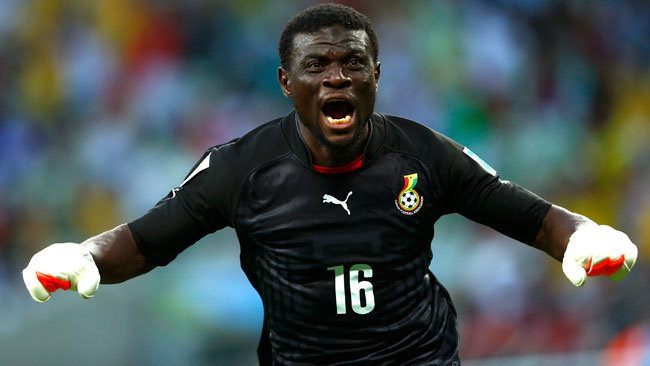 Ghana and Enyimba FC goalkeeper Fatau Dauda has sent well wishes to the Black Stars ahead of the 2019 Africa Cup of Nations in Egypt despite not been selected for the tournament.

GHANAsoccernet.com can confirm that the players selected for the pre-tournament camping have been notified with tickets issued out to them.

The 34-year old was hoping to make the list  for the AFCON according to reports in the local media but his statement goes to confirm that he may be excluded from the squad which is yet to be announced.

"Congratulations to the GK's who have made it. Good luck Gent!, Long Live Ghana! Long Live Black Stars!", he tweeted on his handle.

Dauda was eyeing a call up into the team after a run of impressive performances for Enyimba FC.

He has capped 25 times for the Black Stars.

Dauda played at two major tournaments for the Black Stars. At the 2013 Africa Cup of Nations and the 2014 FIFA World Cup in Brazil.