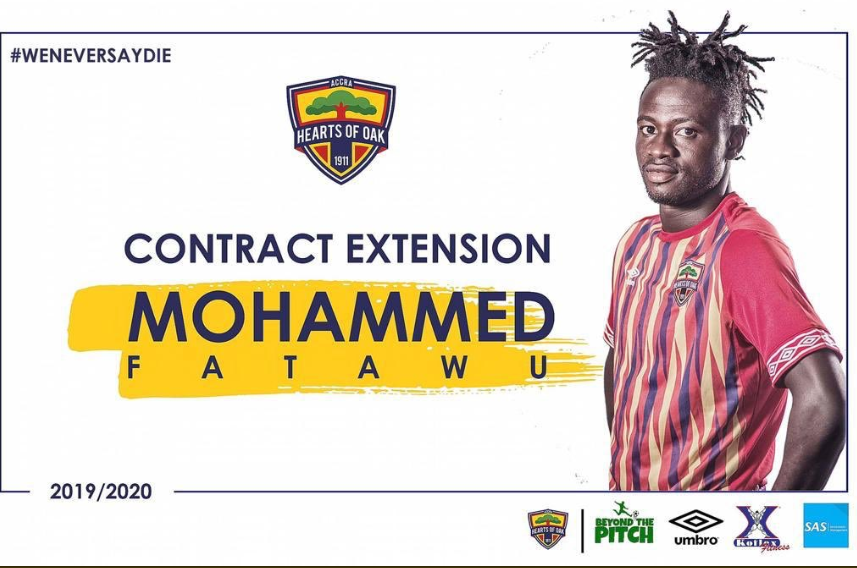 The details of the contract were not made known to the public in the announcement.

Earlier reports in the local media indicated that Fatawu had requested for an improved contract to pen a new deal with figures quoted around Ghc 2,000 monthly salary.

A statement from the club read, "Our Captain, Fatawu Mohammed extends his contract".

Fatawu's contract had come into the public domain after negotiations on a torn paper went viral.

Hearts of Oak supporters will be pleased their captain sticked to the club ahead of the start of the new season.

He is likely to be part of the team in Sunday's game against Berekum Chelsea in the opening game of the  2019/20 Ghana Premier League.