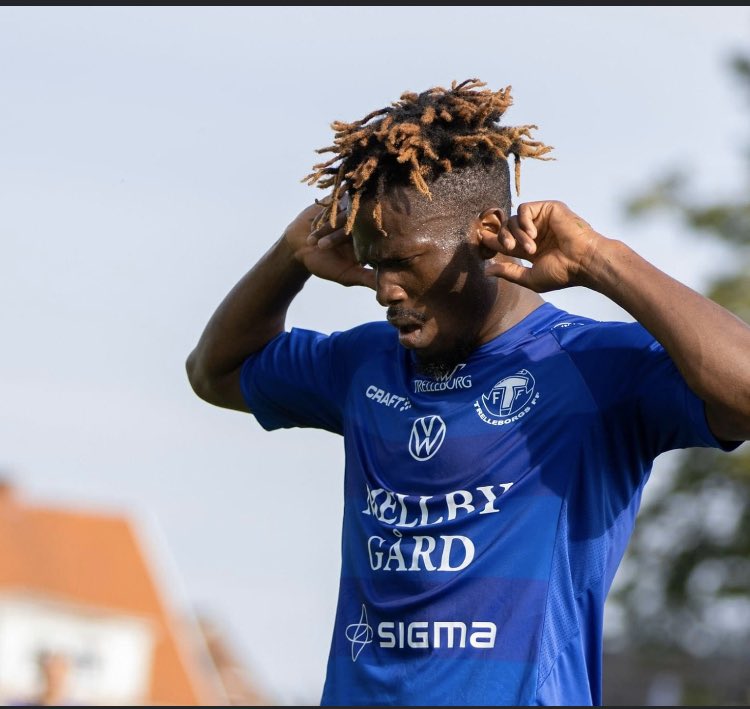 Ghanaian forward Fatawu Safiu has reacted after hitting his first hat-trick for Trelleborgs FF in the 4-1 victory against Dalkurd on Saturday.

Fatawu was the hero for the Blue and White lads as his first half hat-trick proved vital in the heavy win against Dalkurd at the Vångavallen.

Trelleborgs started the match as favourites after recording one win, drawing two and losing one in their last four outings while their opponents Dalkurd have endured a torrid spell during that period after failing to win any of their last five games.

The hosts lived up to their favourites tag by taking the initiative through Erik Andersson after just 6 minutes on the clock.

Fatawu Safiu extended Trelleborgs advantage with a superb goal in the 11th minute before the lead was halved by Kerfala Cissoko's 21st minute penalty strike.

Safiu sealed the victory for his side with a quick brace in the 41st and 43rd minutes respectively.

It was the Ghanaian maiden hat-trick for the club since joining from Asante Kotoko last year.

“You can’t stop a beast who is hungry for a better life. hatrick⚽️⚽️⚽️👊🏾(ALHAMDULILIAH) ❤️🙏🏻

Safiu has netted 3 goals in 8 matches so far this term.