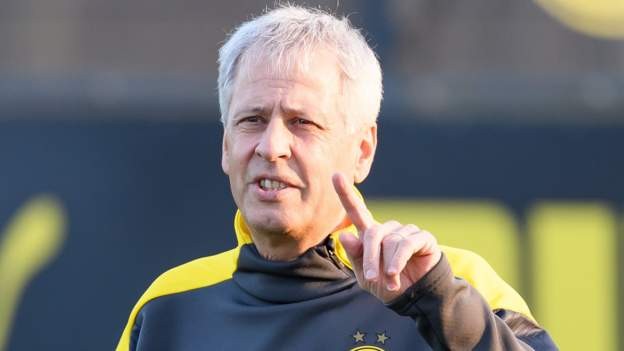 It is understood talks are at an advanced stage and the club could announce his appointment by the end of the week.

Switzerland-born Favre, 63, last managed Dortmund, but was sacked by the German club in December last year.

Palace had targeted Nuno Espirito Santo, but talks with the 47-year-old former Wolves boss broke down.

The Eagles, who finished 14th last season, are looking for a replacement for Roy Hodgson who stepped down when his contract expired at the end of the campaign.

A number of senior players are also out of contract this month so the new manager will have to assess the squad quickly.

Palace chairman Steve Parish, speaking to the BBC two weeks ago, outlined what the club would be looking for in the new manager.

He said: "It's challenging obviously. There's not a lack of people who would like to come and manage Crystal Palace in the Premier League, we're very fortunate with that.

"You have to try to get it right. Outside pressures, I see all sorts of stuff that's written, and the really important thing is we block that out because the only thing that matters in the end is that we win football matches.

"We have to find the right person to help us do that. Not only immediately, but also to help us with the young players we want to bring through.

"Someone who will work with us to develop the club, will understand that in the background the club is going somewhere with the new academy. The next big project will be to look to the main stand and we will start giving that momentum again.

"So it's a big decision. These things take longer than you would like them to."