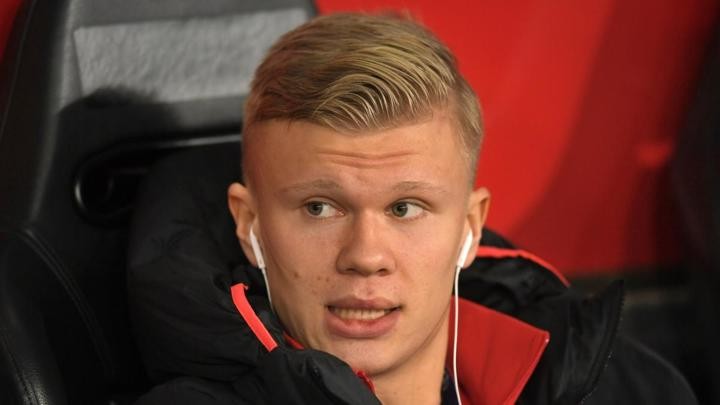 Erling Haaland did not take a full part in Borussia Dortmund's mid-season training camp and Lucien Favre does not want to risk his fitness.

Borussia Dortmund boss Lucien Favre will make a late call on whether to hand Erling Haaland a Bundesliga debut at Augsburg this weekend.

Haaland netted 28 goals in 22 appearances for the Austrian champions this season but Favre conceded to concerns over his match fitness after missing the start of Dortmund's mid-season training camp.

"The time for the preparation was also really short. But yesterday he ran a lot and it was okay."

Favre might be tempted not to rush Haaland with club captain Marco Reus and Thorgan Hazard set to bolster his frontline, having returned from their respective muscular injuries.

"They were every day here. We'll see if they can play.