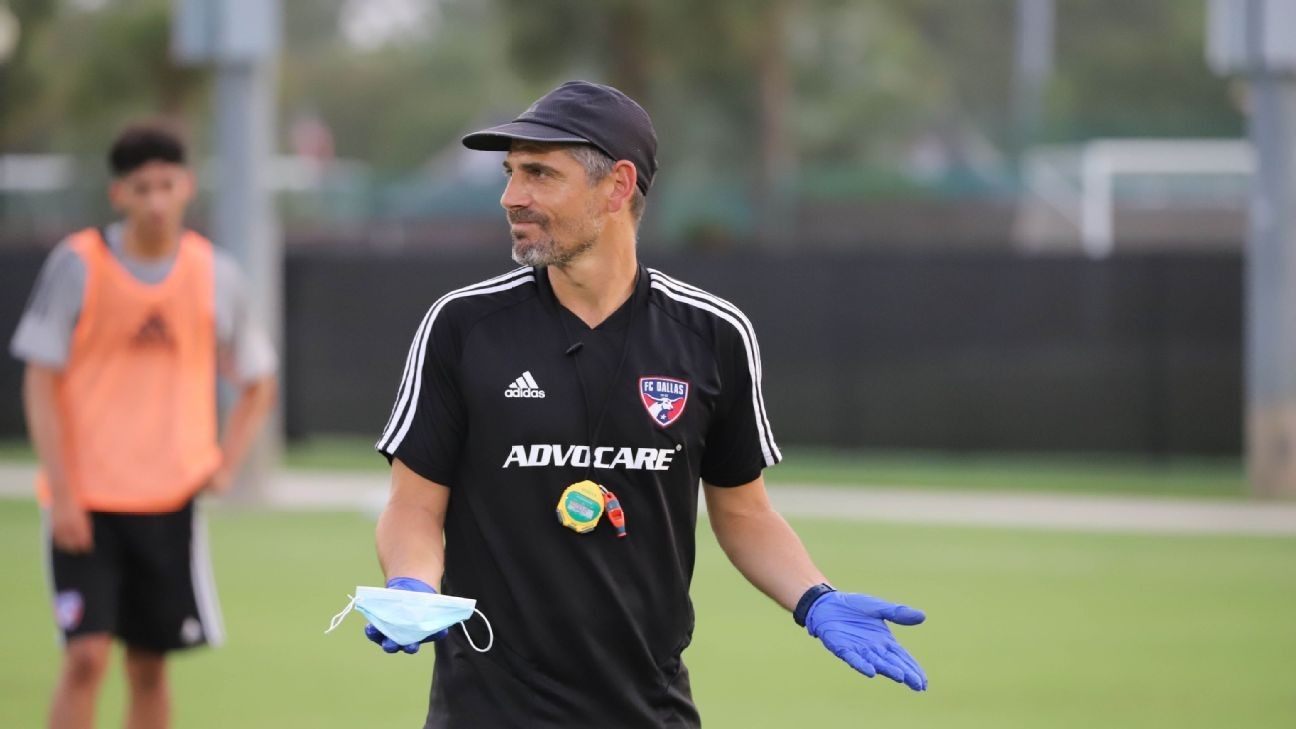 FC Dallas manager Luchi Gonzalez said that his team arrived in Orlando hoping to win the MLS is Back Tournament. But after more than 10 positive tests for the coronavirus within the team's traveling party, that isn't his team's priority right now.

Speaking with ESPN's Stefano Fusaro, Gonzalez said, "The priority is getting guys healthy, feeling safe, so that we can be strong in the long term, which I know we're going to accomplish."

MLS is Back: How the league, players are coping with COVID-19 concerns in FloridaMLS is Back: TV schedule, fixtures and how it works - everything you need to know

Based on data provided by MLS, as well as reports elsewhere, Dallas has been by far the hardest hit team in MLS in terms positive tests. Dallas had three players test positive before the team even left for Orlando. That has since been followed by 10 players and one coach testing positive. Gonzalez said that the FCD players and staff have been quarantined in their rooms for six days, only able to meet via Zoom.

"We're just trying to stay connected in the Zooms, which is nothing new. We've been doing that the last few months anyway," he said. "It does take its toll a bit and we've got to get creative with things and make sure that we're able to stimulate them. And on top of that, give them a mental rest too and almost give them some space so they can connect to their families, and focus on the people they love."

Gonzalez said he has been in contact with league and team executives every day, but that he didn't know when his team would be able to return to the field, or play in a competitive game.

"For us to be in a direction of some possible training in the future or competition in the future, whether here or back in our market, it's going to take consecutive negative tests, and consecutive days, weeks in a row where everybody feels really safe and we can we can be together again in a training environment and do what we love," he said.

But even if the team is eventually allowed back on the field, Gonzalez acknowledged that since they've been in quarantine for so long, it won't be a turn-key situation.

"There's concerns with our participation, because as the head coach of this team, I have to be very responsible in the amount of training we can get before we can play a high level professional game," he said. "And that's first and foremost for me because we want to prevent injuries. And we want players to perform the best of their ability. And on top of that, we want to maintain their health and safety and not risk contamination. So it's just a tough balance."

Gonzalez added that preparing his team and recovering from these circumstances is something "that's going to happen naturally. It's not something that can be forced." But for now, the FCD manager isn't thinking about getting back on the field as much he is about the well-being of his players.