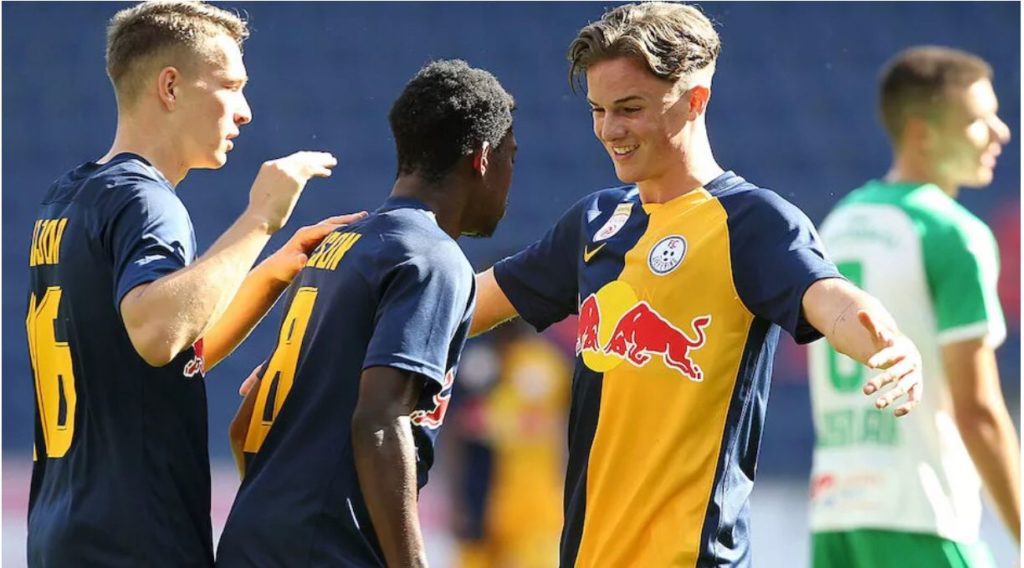 Forson Amankwah celebrating with his teammates

Midfielder Forson Amankwah scored his first goal of the season and provided a sublime  assist in the Austrian second-tier on Sunday for FC Liefering.

The 18-year-old curled in a low shot on 22 minutes to double the lead for the home side in their 6-2 mammoth win over SK Rapid II.

Defender Fabian Eggenfellner failed to clear out a ball inside his area and the offensive minded midfielder needed a first touch to tee himself up for a shot.

FC Liefering raced into the lead in the 19th minute through Luka Reischl.

After 51 minutes, Amankwah scooped a perfectly weighted pass for Malian Nene Dorgeles to fire past the SK Rapid goalkeeper for the fifth goal.

Amankwah lasted the entire duration of the match on his seventh league appearance of the season.