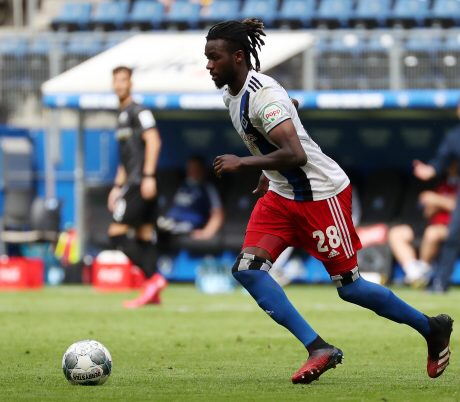 FC Nuremberg have retired their chase for Ghanaian defender Gideon Jung in the winter transfer window after failing to meet his wage demands.

The out-of-favour Hamburg defender is one of the highest earners in the Bundesliga II despite his struggles in the ongoing campaign.

Jung has started only three times this season for Hamburg despite making 9 appearances in the Bundesliga II.

Former Hamburg coach Dieter Hecking, who is currently sporting director at Nuremberg has showed interest in reuniting with the German-born Ghanaian.

However, his current wages seems to have affected the move.

Meanwhile, reports suggest the 26-year-old is keen on leaving in the winter transfer window.

Gideon Jung’s current contract with Hamburg expires in the summer of 2022.