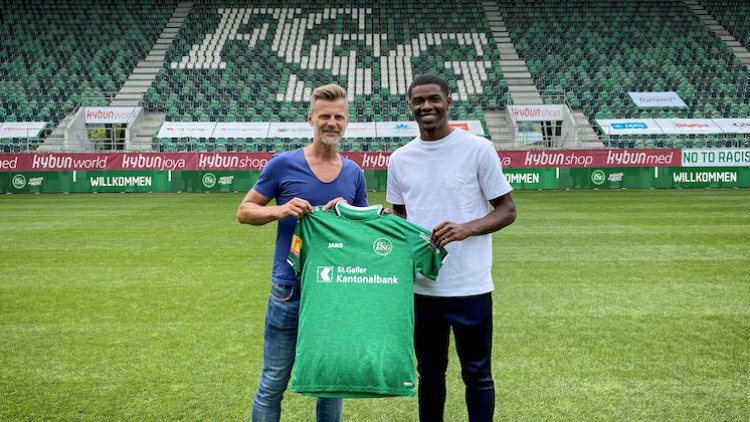 FC St. Gallen Sporting Director, Alain Sutter is pleased with the acquisition of striker Kwadwo Duah ahead of the 2020/2021 season.

The 23-year-old joined the Green and Whites from second-tier FC Wil 1900 after signing a two-year contract on Friday.

Duah had an outstanding campaign in the 2019/20 season where he scored 12 goals and provided five assists in his 36 appearances.

"With Kwadwo Duah, we are able to sign a player who can be used in various positions on the offensive," Sutter told the club's official website.

''He had a very strong season in the Challenge League with FC Wil and demonstrated the great potential that he has.''

''I'm very happy that we were able to sign Kwadwo."

The Swiss-born Ghanaian started his career at BSC Young Boys, where he ran through their youth ranks and made his first team debut in the 2016/2017 season.

At Young Boys, he was loaned out to Neuchâtel Xamax, Winterthur and Servette, before FC Wil 1900 signed him permanently last summer.