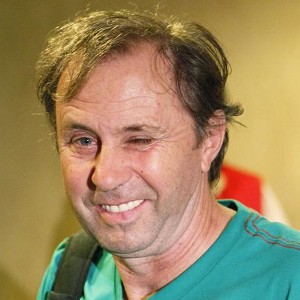 Milovan Rajevac has been tipped as the next Black Stars coach

Ghana will have a new coach by the time the next chunk of AFCON 2015 qualifiers roll by in October but how does the new man make his way to the tournament? Nathan Quao draws a checklist for the man tipped to be the next Black Stars gaffer Milovan Rajevac and he urges the coach to respect it.

Be the boss and act the part

Yes, Kwesi Appiah was coach and his laid-back nature was also evident. But when handling egos in a national team, a little show of toughness is necessary. The general rule in football is that players are to be understood and pampered sometimes to get them to perform but the same players will take you down an opposing route of thought that says they also love to see a gaffer who can skillfully dangle the carrot and stick while still acting cool.

Appiah showed his tough side when he dropped Andre and Jordan Ayew from the AFCON team in 2013 and during the World Cup as he sent Kevin-Prince Boateng away for indiscipline. But even those times when he dropped the gavel, one could still sense not enough had been done to give him the â€œno-nonsenseâ€ look his job needed. The new man must be caring and strict in equal measure so that the player will sense the drift and be kept in check because qualifiers are tricky pieces of business so the right attitudes will be very key in getting to Morocco.

Know the team, know the material, have a plan

Under Kwesi Appiah, it was quite difficult to tell what the plan was but there were certainly so many problems i.e. the uncoordinated high press that left the defence straining at the long ball in matches against Montenegro and Egypt, the ease with which the team conceded from set pieces against Germany and the USA and the use of Juventusâ€™ Kwadwo Asamoah as a left back when the midfield thirsted for his ability. The new man should have noticed all these by now and he must be prepared not to go down the same route when there are qualifiers to be played. Going to Morocco is a high priority task and only the right way of thinking and assigning players to specific roles will send Ghana to that tournament.

Win in any way possible

That may sound very unwise especially when the love affair between the Black Stars and their fans is creaking badly. Winning pretty surely represents the best way to get some of the fans back but the rough-and-tumble nature of qualifiers does not afford coaches the time to show their own expressions of the beautiful game. Away matches are complexly woven such that aside football, security and sometimes, officiating dominate your thoughts and all coaches can do is to set out to defend and hit on the break.

Will Ghanaian fans like this? Maybe not but they will be equally be unsatisfied if the team fails to make it to Morocco and the response will not be nice.The new coach must quickly understand all these and act accordingly when he gets his appointment letter sometime in September.