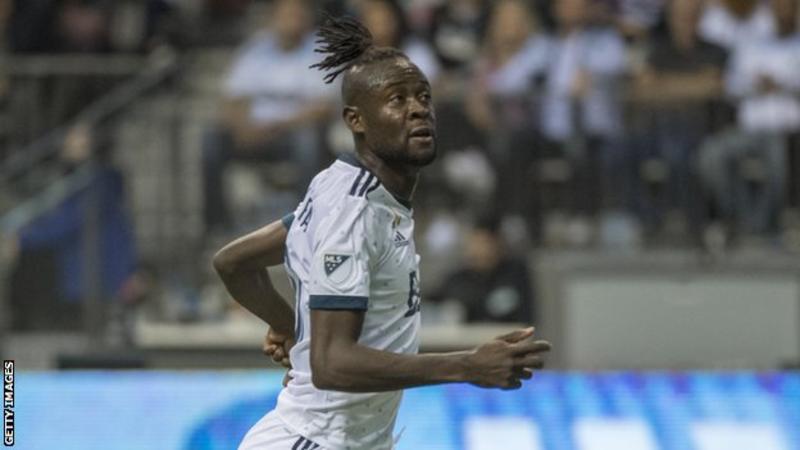 When the new season of Major League Soccer kicks off at the weekend, all but three of the 24 teams in the north American league will have representation from Africa.

A total of 44 players are drawn from 19 different countries and do not include the players of African heritage who have gone on to play for either Canada or the United States at national team or junior level.

It is a significant representation for the continent whose numbers have been bolstered by several high profile signings.

Centre-back Pogba, 28, moved last month from Turkey's Genclerbirligi but has yet to debut for his new club, who begin the defence of their title on Sunday at DC United.

There are also high expectations for Striker Orji Okwonkwo has been loaned to Montreal Impact from Serie A outfit Bologna. He had moved to Italy after scoring for Nigeria at the U-17 World Cup in Chile in 2015.

Last year Montreal loaned Algerian international Saipher Taider from Bologna and are keeping him for another season.

FC Cincinnati are the latest franchise to join MLS and make their debut away at Seattle Sounders on Saturday with Hassan Ndam (Cameroon) and Fanendo Adi (Nigeria) in their inaugural squad plus Gambia-born striker Kekuta Manneh, last year called up to join the US national team squad but not yet capped.

Manneh returns to MLS after a stint with St Gallen in Switzerland and is one of the marquee players for the new club.

Two DR Congo internationals Larrys Mabiala and Chris Mavinga, both born in France, are regulars while David Accam has played for Ghana, Michael Azira for Uganda and Mohamed El Munir and Ismael Tajouri are expected to feature for Libya next month as they seek to qualify for the 2019 Africa Cup of Nations finals at the expense of South Africa.

San Jose Earthquakes drafted the 190-year-old Sami Haji, born in a Kenyan refugee camp to Somali parents, from Virginia Commonwealth University where he was a regular goal-scorer.

Other new African faces include Abidjan-born Jean-Christophe Koffi, who has come through the American college system and signed for New York Red Bulls, where former South Africa international Bradley Carnell is assistant coach.

The teenage midfielder Clement Bayiha has signed a professional deal with Montreal Impact, three years after moving from Yaounde to join their academy.

Ghana midfielder Ebenezer Ofori has returned to New York City after a season-long loan with VfB Stuttgart in Germany. Ofori made his Black Stars debut at the start of the 2019 Nations Cup qualifying campaign.

The new MLS season kicks off on Saturday with 10 games followed by two more on Sunday.

The only three MLS outfits without African representation are Chicago Fire, DC United and Houston Dynamo.

African players in the MLS