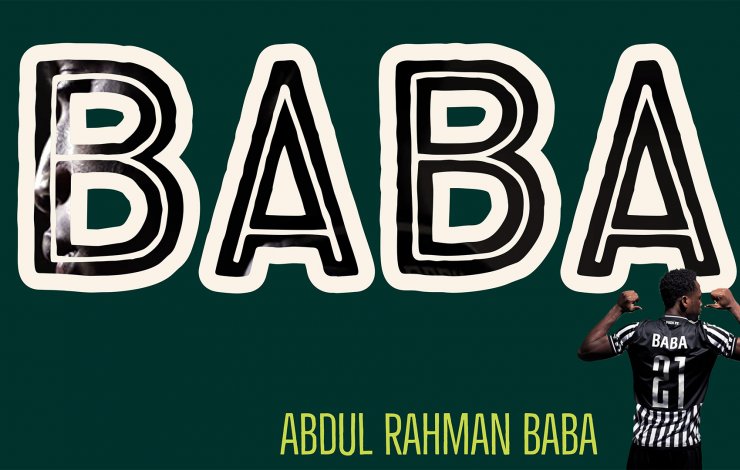 Once upon a time in a city in Persia, lived two brothers, Qasim and Ali Baba…

The hero of one of the most famous and romantic fairy tales in the world was a good man who had to support his wife and children by cutting wood in a neighboring forest and selling them in the city.

Dimitris Melissanidis was the first to mention him in Greek football , after a victory of AEK over Olympiakos five years ago. On Valentine's Day, the administrative leader had expressed his love, with the famous attack, "we did not beat Olympiakos , but  Ali Baba  and the  40 thieves"!

In PAOK have their own Baba or Baba as you want to say, from Ghana . Nothing to do with the hero of the fairy tale, after all, like most footballers, they have their own special story. It was never the greatest talent in the history of Ghanaian football, this honorary title belonged to Nee Lambeth , for whom expectations were high, however Abdul Rahman Baba managed to make many of his childhood dreams come true. From the dirt roads of Tamale  ,  Ghana , where the light of the Earth first appeared on July 2, 1994, was found in the living rooms of the Bundesligaand the Premier League , while now he is looking for a new beginning in his career full of unfortunate moments and injuries with the PAOK jersey .

The news of the qualification of "Dikefalos" in the cup final "traveled" to Ghana with Baba being at the center of the reports made by the media of his homeland. His assist to Krmencik that led to the equalizer could not go unnoticed with his compatriots noting how decisive the Ghanaian left back proved with his appearance.

In Ghana, they insist that PAOK is the ideal opportunity for Baba to find his good self again and through his presence in the Greek league to restart his career. At the same time, the British media are bringing his name back to the forefront in view of the next season, noting in the reports of the last few days that along with 11 other footballers, the Ghanaian defender is not in the priorities of the team and Tuhel .

On the back there is always the name of his father. " Baba" is written in his honor, wanting to show respect and love for his family. His compatriot Michael Essien was the one who advised him in his first steps at Chelsea, after all many footballers from the African continent have various issues of adaptation and… lose their way.

For example, another Ghanaian footballer, Peter Ofori Quaye, who had become a topic throughout Europe scoring in the Champions League at the age of just 17 (in the heavy 5-1 defeat of Olympiakos by Rosenborg) at some point left to take part in a match with his country's national team in the Africa Cup of Nations, however, he lost his way back and returned after two months, saying that he had an issue with his visa! Similar stories are to be remembered in Toumba with the tricks of… "Prince Udeze" , however his other three compatriots (Abonsa, Hagan, Abubakari) did not have such behaviors. 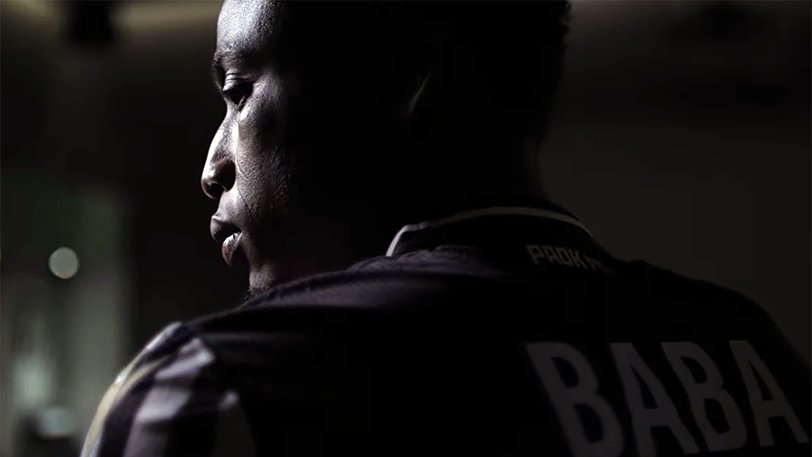 He started playing football at the age of just 2 years in the Young Meteors Tamale, as a  child he wanted to become like Roberto Carlos or Marcelo and joined the blocks of many foreign "scouts", thanks to his impressive performances with Dreams FC and  Assade Cotoko . He was already 17 years old when big teams, such as  Manchester  City  and  Arsenal , had started watching him closely, however he chose to leave his homeland for the first time and on June 12, 2012 to sign, not in one of its big clubs. Europe, but in the newly enlightened Bundesliga team , Greuther Furth.

His decision to join there was because his team offered, "the best conditions for the development of my career". A move that turned out to be right. His team may not have been able to stay in the category, but Baba 's presence   was excellent. He stayed at  Greuther  for another season in the  Bundesliga  2  and then moved to  Augsburg for € 2.5 million.

The chosen one of Jose Mourinho

With 31 games and five assists,  Baba  won the ticket to the Europa League and made sure to take as a souvenir the jersey of Arian Robben , who had taken the oil out of the games with Bayern Munich for that and considers the Dutchman as the toughest opponent in his career.

With all this, he impressed  Chelsea,  which spent 20 million euros to take him to West  London . Another "Black Star" ("black star" from the nickname of the national team of Ghana), after Essien, would wear the "blue" jersey and play football in the magical world of the English Premier League under the guidance of Jose Mourinho .

On 16 August 2015, he signed a five-year contract and heard the famous Portuguese coach greet him with flattering words at Stamford Brigde . He started as a key player in many games, but then lost his place in the starting line-up to Athpilicueta , staying in the 23 appearances and watching the door (of loans) open, after the arrival of Marcos Alonso in the "blue", in his summer 2016. 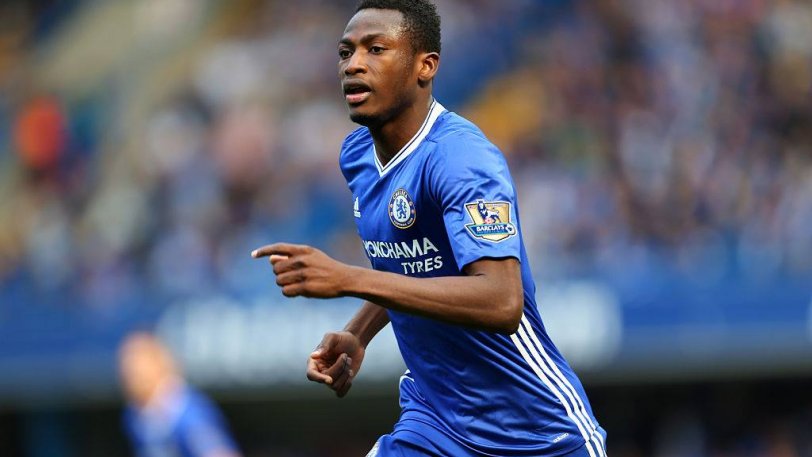 The Antonio Conte wanted players with greater commitment and appeal in defense, like this he made his way back to Germany. The next season found him on loan at  Schalke . The "Royal Blues" and Gelsenkirchen  seemed the ideal destination. He knew the championship, the mentality, the people, but misfortune would knock on his door for the first time. He managed to play in 19 games, scored once and distributed two assists, before suffering a serious knee injury.

It was January 2017 when he was injured during the Copa Africa with Ghana. Since then, a "hell" period has begun, with many injuries and successive loans, sometimes in France (Reims) , sometimes in Spain (Mallorca), in the meantime back in London for surgeries and recovery, it showed that he could not from two years he reached the point of retiring from active action!

"Not everyone knows what I went through in the previous years, what I lost but that's how football is. In 2019 I thought of quitting football. I just wanted to stop after my injury. It was the first time in my life that I fell asleep early. Usually, I need enough time to fall asleep, but when I heard the news, I fell asleep within five minutes. I wanted to pick up the phone and say I was stopping, but after talking to some people I said I had to think of some things and I felt I still had a chance. I felt I could go back on the field to do what I love. Injuries have always been my enemies. Maybe because you never come back the way you were. It was a tough test for me. If you are not spiritually ready to face it, then you give up football. You surrender. After my first operation, I managed to be alone but I was calm. I spoke to my family, to my own people who were worried about me. I knew I had to fight for myself, win back myself and my career. ", revealed speaking to his compatriots after his first goal with the Ghana national team.

In PAOK he felt human again…

A finalist in   the  2015 African Cup of  Nations  and a member of the national team from 2014  until today, counting 31 appearances, one goal and six assists, Baba was looking for an escape window. It seems that he found it with his arrival in Greece. And he owes this to βά Livai Garcia . The appearance of the AEK winger in the regular season match in Toumba, when he was faced by the inexperienced and unprepared Adrian Pereira, forced the people of PAOK to look for Aron-Aron to add another left back. 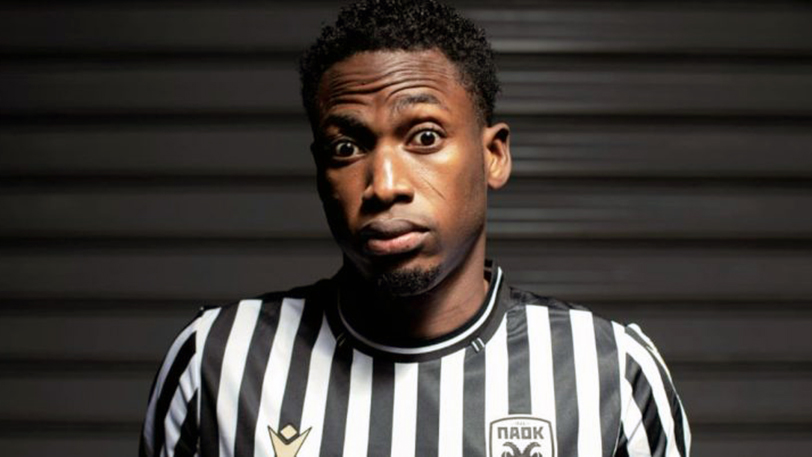 Since the issue of Franco Ferrari was not progressing, an extreme defender had to be found to make the year. During the period of contacts with Chelsea for the acquisition in the form of a loan, the bad languages ​​said that it would be difficult to catch a double-digit number of matches. He made his debut with a goal against Lamia and two months later he reached the six participations and the main thing in the playoffs match against AEK was that he took care of and got the identity of Livai Garcia !

"For the last two months I have found myself and I feel that I am coming back and that I am human again. If I do not play football it is like doing nothing. "I enjoy my presence at PAOK", says the Ghanaian defender for whom the "black and whites" have made some first contacts for his stay in Toumba.

"Under normal circumstances, we could not acquire such a footballer. Chelsea does not put a purchase option in loans and PAOK has the possibility to keep him for another year. This is also in the hand of the footballer ", said in his last interview Olaf Rebe, showing that there are some chances for the 26-year-old footballer to stay.

The PAOK with Chelsea not put any option holder to purchase lending Baba until the end of the season, also this would be unrealistic based on conditions in late January and impaired medical history. His dream may be to return to Stamford Bridge but he seems to know the facts.

"If they do not believe you, they will let you go free, but even if I do not manage to return to Chelsea, I want to be well and do what I love", are his words…