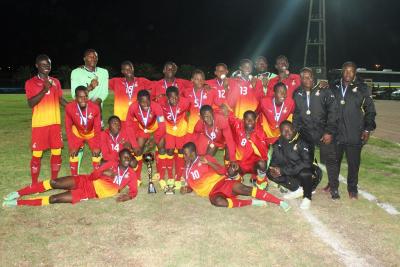 So, how old are you Osei? â€œBro Niiâ€, do you mean my real age or football age?â€ Osei countered, looking almost embarrassed for his â€œmisdeedâ€.Â  His embarrassment paled in comparison to the startled look on my face. But then again, I should have known better.

Osei had sauntered into my house that early morning, in traditional â€œI have something important to discuss with youâ€ style, apparently to persuade me to manage his football career.

15 odd minutes later, we had reached a verbal agreement bar the â€œcorrectâ€ age to apply; Football or real?Â  Between visions of my pastor shaking his head and fat commissions to be made, my moral dilemma grew by the day.Â  That conflict was ages ago, and in the end, I discouraged age cheating. However, the issue and its peculiar dynamics has come to fore again with Ghana at the receiving end.

On November 26, 2014, the Confederation of African Football (CAF) knocked back the Ghana Football Association (GFA)â€™s appeal against a ban on its national U-17 team, the Black Starlets. The team has been banned from participating in the 2015 Africa Junior Championship in Niger after a Magnetic Resonance Imaging (MRI) test detected that Isaac Twum of Kpando Heart of Lions, one of Ghanaâ€™s players, who featured in the final Africa U-17 Championship qualifier versus Cameroon was over the age limit of 17.

This ban may have caused embarrassment and put Ghana in the limelight for all the wrong reasons, although conversely it may as well serve as the trigger for Ghanaâ€™s Football administrators to take a hard and long review of the essence of participating in these U-17 tournaments.Â  Perhaps, a heads up will do.

For players like Osei, they had it all figured out; keep shape, find a good agent, go for trials abroad or play for one of the junior national teams at an international tourney, and if his hometown gods fancied the shape of his head, one of the big European teams might just come knocking with pen, paper and dollars.

That quest to market ones talent in these junior competitions, overrides social and moral reasoning. Uncles, grannies, daddies and mummies get involved. Pressure is heaped on agents, coaches and administrators to include wards in particular squads, and if a particular yearâ€™s tourney is missed, that footballerâ€™s biological age develops an inverse relationship with his football age until he gets a big break or switches career.

Those who have promoted this practice have made warped arguments, that age cheating was a way of equalizing a developmental imbalance.Â  The basis of their argument was that Africaâ€™s peculiar socio cultural setting caused a late bloom in player physique and psyche compared to European players, who had several outlets for personal and professional development.

On that account, the practice prevailed; players, accompanied by family, agents and supported by national administrations, â€œdazzledâ€ the world and won trophies, but as time went by, the illusions of those glories became clearer.

Out of the tall list of Ghanaian players who have graced the U-17 stage since 1989, you will scratch your head to count 5 players who had successful careers. Even the ones that did retired in their early or mid-thirties, never attaining the longevity compared to their European players.

It seemed that at the U-17 level, while the Europeans were teething, Africans and by extension Ghanaian players were rather peaking. It is the only plausible reason why a player like Italian Francesco Totti, who played at Japan 1993 with the likes of Samuel Kuffuor, Daniel Addo and co., is still active with Roma, while his Ghanaian mates have long retired.

Aside improving the economic status of a few players; agents raking in fat commissions on transfer and supposedly raising the national football pedigree, these U-17 tourneys, have to all intents and purposes, not benefitted Ghana in a pure football sense. It would have, if the lens were properly focused.

For many observers, it was just a matter of time when Ghana and other countries thought to be cheating would be caught. The International Federation of Football Associations (FIFA), who originally intended these junior tournaments as platforms to unearth real U-17 players for exposure and competition, knew they had to act quickly to curb age cheating.

That was why the MRI test, a procedure that measures the bone density of a player to fairly determine his age, was introduced. That way, FIFA ensures a level playing ground for players who are genuinely under 17 to compete at the World U-17 tournaments. The previous practice of using passports to determine ages are truly gone and the MRI has come to stay.

Ghana should learn from this ban and ensure that genuine U-17 boys are used going forward.Â  The experience acquired by these players in the long run would enure to the benefit of both player and nation.

Beyond trophies and player transfers, the real essence of these tournaments is player development. That is what the focus should be. I am sure, even Osei, now 23, would agree. Oh, that is his real age. Just saying.