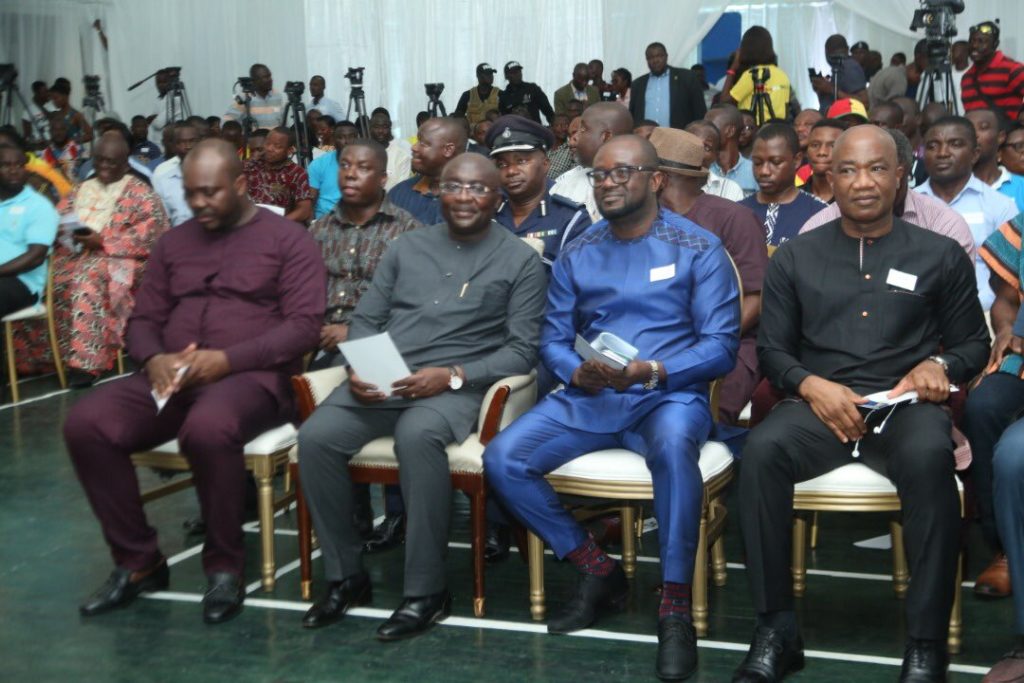 The hall was packed and filled with chatter – the atmosphere, so lively makes one wonder what the occasion is all about.

To be graced by the vice president of Ghana: Alhaji Mahamudu Bawumia signifies the importance of this rare occasion – which will seemingly be etched in Ghana's football folklore-never to be forgotten because the country had waited long enough for this special day.

The official launch of domestic leagues across all the divisions signaling it’s freedom from the clutches of corruption after it was halted by FIFA.

On the very day, corruption bound, domestic leagues in the country with its chains – the entire country was thrown into a state of negative emotions.

No one knew exactly when this period of state will be over; days?, months? or years? and with bated breath, the country waited for the freedom of domestic leagues.

Who could have plunged the entire country into this state?

Kwesi Nyantakyi: former president of Ghana Football Association and his greedy pack of hyenas. Drown by their insatiable desire for wealth made a Faustian bargain with an investigative journalist masquerading as an Arab businessman seeking to invest in Ghana football.

The activities of Nyantakyi and his subordinates ushered in the darkest period in the history of football in the country which subsequently extinguished the dying embers of the love for domestic leagues.

With the final flames of love for the leagues extinguished and after a long period of normalizing it, the hope of reviving the love for the leagues now rest on the broad shoulders of Kurt Okraku :- who was elected as the new president of the Association on the back of his desire to #BringBackTheLove for the various leagues in the country.

On December 27, the football season in the country commences – resurrecting the dead streets with the chatter of happy and sad fans alike.

Bent on making the domestic leagues competitive and attractive, Mr. Okraku has made available funds and balls to each of the various clubs across the divisions as well as designing new logos for the various leagues.

The chains of corruption will be lurking in the shadows ready to bind the domestic leagues once again if left unprotected.

The country hopes Mr. Okraku, will ensure that the little flame of love will not be extinguished but grow into a burning inferno.