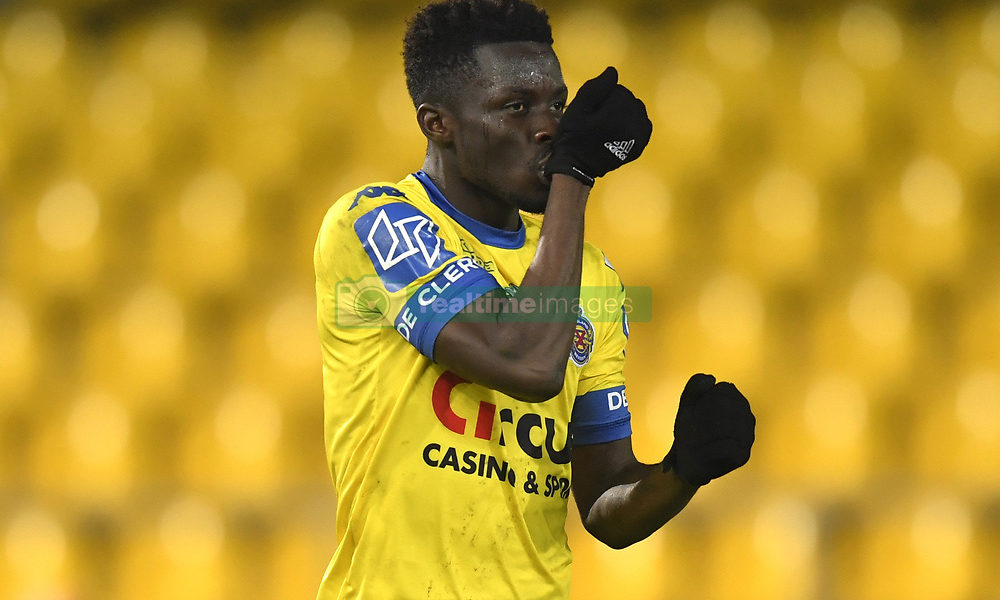 Fortuna Düsseldorf have signed Ghanaian winger Nana Ampomah as a replacement for one of their heroes of last season, Dodi Lukebakio, who has returned to parent club Watford after a one-year loan.

Ampomah has big boots to fill after Lukebakio’s performances in 2018/19. The Belgium U21 international registered seven goals in 20 Bundesliga appearances, scoring to inflict a first league defeat of the season on Borussia Dortmund and becoming the first player in Bundesliga history to score a hat-trick against Bayern Munich’s Manuel Neuer.

Bundesliga.com introduces the latest African sensation to land in Düsseldorf…

Twenty-three-year-old Ampomah began his career in the youth teams of Prisco Minis in his homeland of Ghana before brief stints at Santos Academy and Bravo Bravo prior to his move to Belgium in 2016 with KV Malines. That same year the then 20-year-old joined Belgian first-division outfit Waasland-Beveren, where has has since made 88 senior appearances. 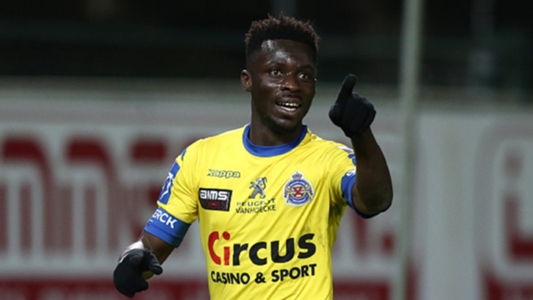 The 5’9’’ winger recorded 19 goals and 11 assists during his time in Belgian football, enjoying his best campaign last season when he scored eight and set up a further seven in 30 league games to seal his move to Fortuna on a three-year deal. The right-footer missed out on Ghana’s run to this summer’s.

Africa Cup of Nations but did win his fourth senior cap in a 2-0 qualifying win in Ethiopia, just over a year since making his debut against Egypt.

Ampomah himself states his strengths are his dribbling ability and pace, so he’s already filling the gap left by Lukebakio in that regard. The Ghanaian may be predominantly a left winger, but he is also comfortable playing anywhere across the front line and certainly enjoys a shot from distance – with either foot – when the chance comes. Both men provide a constant threat on the counter – as Lukebakio so clinically proved at the Allianz Arena – but are also lethal inside the box, with Ampomah even a nuisance in the air. While the departing Lukebakio had a perhaps more straightforward style of play of running at defenders, Fortuna’s new man also likes to show off his nimble footwork in tight spaces. 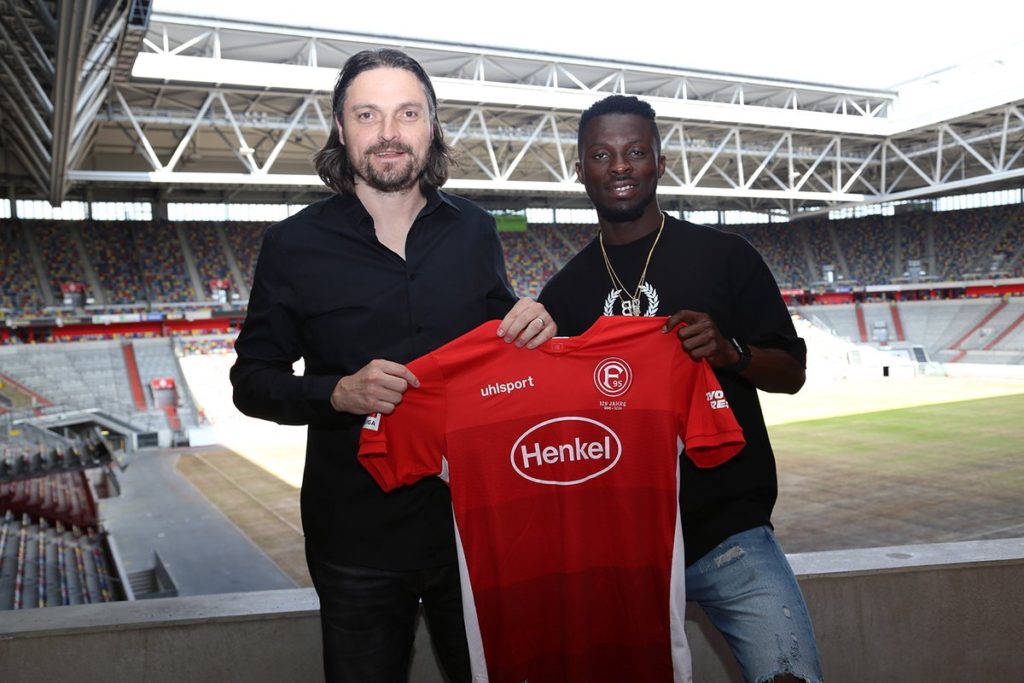 Nana Ampomah has completed his move to Fortuna Dusseldorf in Germany.
Did you know?

Ampomah continues a proud tradition of Ghanaian footballers at Fortuna, following the path first paved by Bundesliga Legend Anthony Baffoe in 1989. Speaking to Düsseldorf’s club website, the new signing described the former midfielder as "a role model for almost every Ghanaian footballer".

Ampomah went on to add, "Baffoe is a highly respected man who has really helped footballers in our country. I’m following in big footsteps at Düsseldorf."

The winger could become the fourth Ghanaian international to play for Fortuna, following Baffoe, Arthur Moses and Daniel Addo. He is also joined by compatriot Bernard Tekpetey, who has arrived on loan from Schalke.

"Nana Ampomah is a quick, two-footed player full of tricks on the wing. We’ve watched him a number of times and are convinced he’ll leave a lasting impression in the Bundesliga after his impressive campaign last year in the Belgian Jupiler League." – Fortuna Düsseldorf sporting director Lutz Pfannenstiel.

"If I look back now [on his time at Waasland-Beveren], I see three years of steady progress. I’m now ready for the next stage in my career." – Ampomah.