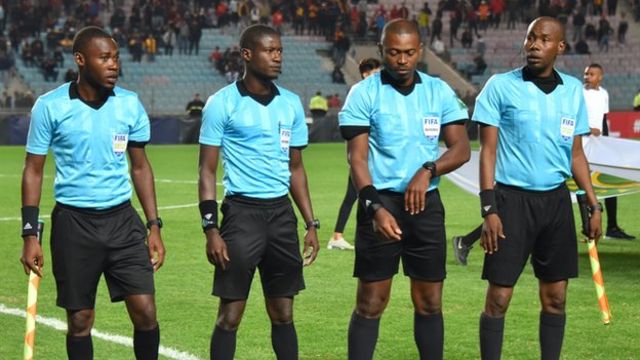 Refereeing in Africa will remain the “black dot in a white paper,” despite the development and the football renaissance that the continent is witnessing; yet the mistakes of the referees remain to be a headache in a continent that is full of talent.

It seems like the promises of Mr. Gianni Infantino’s - FIFA President – to reform and restructure the refereeing organization in Africa within 6 months is something that wasn’t really acted upon.

The unprecedented mistakes of the referees which occurred recently during the previous games of the CAF Champions League and the CAF Confederation Cup led to a general frustration among the fans and supporters of African football.

Moreover, these mistakes caused a public demand for the use of the VAR during the decisive stages of CAF Champions League and the CAF Confederation Cup.

Unfortunately, it looks like that the beautiful game is not only played on the field, but there is some work that is done off the pitch as well.

On February, 2020 Mr. Infantino stated that bribes do also play a role in African football, and he pledged to improve and reform the situation with the CAF representatives, but it doesn’t look like there is an actual change.

The quarter-finals of the CAF Champions League and the CAF Confederation Cup witnessed several major mistakes that clearly affected the outcome of more than one match.

It was clear that referees were favouring certain teams over the others.

To begin with, the game between MC Alger and Wydad AC, which was held in Algeria, saw Bamlak Tessema, Ethiopian referee, favoring the hosts; as he ruled out a clear goal for Wydad AC due to an offside, affecting the result of the encounter which ended in a 1-1 draw.

Aside from that game, Al Ahly vs Mamelodi Sundowns, which was held in Cairo, witnessed several controversial decisions from Maguette N'Diaye, Senegalese referee.

It was clear that N’Diaye favored the away team, as he avoided showing the red card to Sundowns’ goalkeeper and denied Al Ahly from the 3 penalties. Such decisions could have affected the result of the game which ended in a 2-0 win for Al Ahly.

Those controversial mistakes didn’t only happen in the CAF Champions League, but they were also evident in the CAF Confederation Cup.

The match between Orlando Pirates of South Africa and Raja Club Athletic of Morocco saw mistakes that were even more controversial.

As a result of these mistakes, Al Ahly, Wydad AC, and Raja filed official complaints to the CAF, disapproving such decisions which happen during a decisive phase of the tournaments.

Finally, the clubs will be waiting for what these complaints will lead to in the second leg of the African competitions.