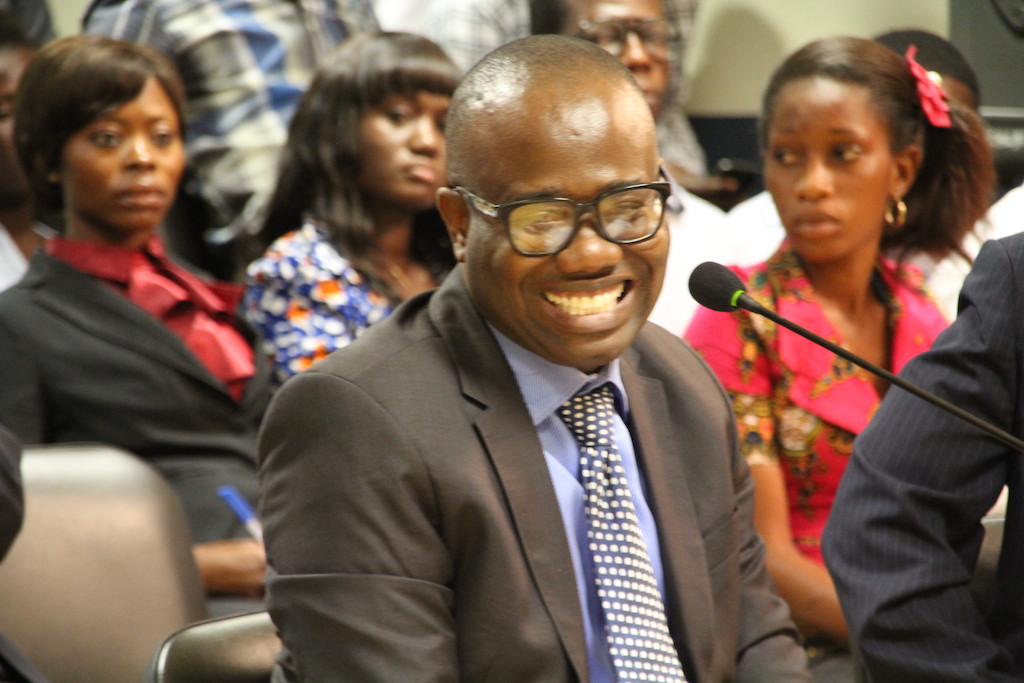 Destiny may delay but surely not denied is an adage that has refused to fail its natural valuation.

Gone are the days when education was meant for the elite in the society. If others had Nyantakyi did not.

Born to a religiously divided household (to a Muslim mother and a Christian father), Nyantakyi opted to follow the religion of her mother- a Muslim from infancy.

His rise to stardom is nothing short of miracles.

He could not have imagined himself marauding the streets of kabanye up and down in the early 70s becoming an international figure in the 21stÂ century.

He grew up in kabanye (a suburb in the Wa municipality in the upper west region), attending experimental middle school before moving to Wa secondary school.

At Wasec, he pursued General Agric for his O/ level certificate before upgrading to A/level - studying Islam and business management.

Little did Kwesi realize his leadership qualities until elections and appointments were falling head over heel under innocent kwesi.

He easily won his contest for the entertainment prefect with easeHis appointment into the GMSA (Ghana Muslims students Association) was only a matter of time. He was a born leader.

His affiliation to the game is as inseparable as Siamese twins.

He played for Supper Upper Babies as a midfielder in his early days and was always willing to adapt to different positions.

He simply wanted to play and was not bad either. What happened to his hard tackling endeavours? Maybe that is what he is trying to curb.

Nyantakyi was then appointed a secretary of combined division one clubs in the region just to get an elite club in the region.

This he achieved 2 years later when upper west heroes qualified for the Ghana premier league only to be relegated that same season.

He however remained the club secretary for the foreseeable future. With his experience he was soon made the club Accra representative, the chairman and the highest position as far as Upper West Heroes. His destiny awaits him on 30 January 2005. He will rule not just upper west football but Ghana football at large.

His ambitions to get to the higher echelons saw him read law, banking and administration at the tertiary level. His rise to the top was however supersonic as he washed aside Ade Coker and co on the 30thÂ December 2005 to become the 21stÂ FA president since 1957.

A man on a mission must have vision and kwesi Osman Nyantakyi is not an exception. He had behind the scene meeting with a veteran football administrator in the Brong Ahafo region and Wa Allstars was born.

In January 2006, Nyantakyiâ€™s dream of owning a sporting club was achieved. He could however not have imagined qualifying to the Ghana premier league at the first time of asking. Did he?

Guess for yourself especially with the way our division one league is been run. Wa Allstars qualified for the national premier league on the 27thÂ of March 2007 after spanking catholic stars 3 unanswered goals.

The ordinary â€œupper westernerâ€ had no option but to love this man. He has foundÂ ourÂ position on the Ghanaian football map.

Wa All Stars joined northern clubs like road masters, upper west heroes and Real Tamale United to have played in the league.

The big question is have we seen a better FA president than kwesi Nyantakyi?Â Â A big no. We are talking about an FA boss whose tenure of office has enlightened the media, changed supporters into fans, and made Ghanaians popular on the international platforms with many others.

â€œIn 2006, it was reported in the international media that, the best midfield quartet in the world were in the Black Stars set upâ€. No wonder they have never lost a game when all four were in attendance. Need I mention them? Stephen â€œTornadoâ€ Appiah, Michael Kwabena Essien, Sulley Ali Muntari and the most unfortunate of them all; Laryea Kingston. For more information about their potency ask Nigeria, the Czech or even 2006 world champions. Had Ghana not qualified, would their names have been heard?

I have my doubt. Remember jubilant Ghanaians in Frankfurt in 2006, joyous fans in Johannesburg and disheartened Ghanaians in Rio(Brazil 2014).

Statistics to me are not the defining moment of any sporting event, but they paint a brief picture of what is been described.

Nyantakyiâ€™s era foresaw 30 out the 67. See the table below. Point awarded because of opponents failing to honour or ineligibility has not been captured.

Humans are just mortals and Kwesi may be fallible as well considering some call him president of Black Stars.

But if his rise is to be believed, then the hot seat currently held by Issa Hayyattou must be under threat.

The article continued under with youthful football next week.