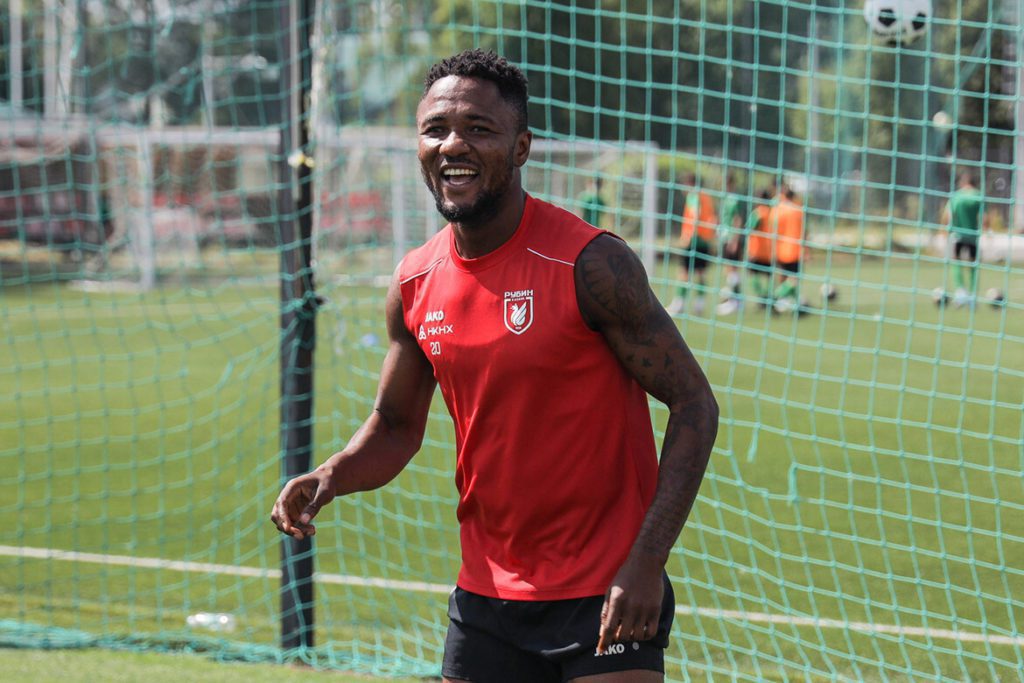 This off-season, more than ten players joined the Rubin squad, but it is the transfer of Joel Fameye that many call one of the most significant. And not in vain. The African is the club's most effective newcomer and also the league's top scorer. How a Ghanaian chose Kazan instead of a dream - in the material of the sports edition of Tatar-inform.

I dreamed of playing in the RPL, but returned to the First Division for the sake of Kazan's millions

The transfer of "Kazan Usain Bolt" (asJoel Fameye was called by partners after the very first match) can be called without exaggeration the most unexpected among all Rubin's acquisitions this summer. Firstly, until the official announcement of Fameye's transfer, not a single rumor and not a single insider leaked to the media, which is already a success for such a cool transfer. And secondly, the very fact of Fameye's return to the First League after being promoted to the RPL with Orenburg can be called an incident.

On the sidelines, it was said more than once that while playing for the Orenburg club, the Ghanaian forward slept and saw himself in the Premier League, and from the FNL with their artificial turf and old stadiums, the striker was drawn to his homeland. In the same “Orenburg”, they told how, after leaving the “tower” in 2020, the forward stated that he did not want to play, inventing various injuries.

It is all the more paradoxical that after Fameye's significant entry into the Premier League with Orenburg this year, the Ghanaian decided to surprise everyone - he did not renew the agreement with the "citizens" and returned to a three-year contract in the First League, but already in Rubin. In general, such a flick on the nose with the withdrawal of the forward greatly hurt Orenburg's pride, which even dared towards the Kazan club for announcing the transfer a little earlier.

“Rubin’s press service, isn’t it customary for you in the FNL to announce at the same time?” - the press service of Orenburg says. The same Orenburg, which has played in the FNL for the last two seasons.

As for Fameya, the representatives of the "citizens" after Kazan intercepted their main star, expectedly referred to the financial issue, which, according to them, became decisive in choosing a club. According to available information, the Ghanaian earns about 1.5 million rubles a month in Rubin. Yes, at the FNL level, this is a high salary, but definitely not cosmic. 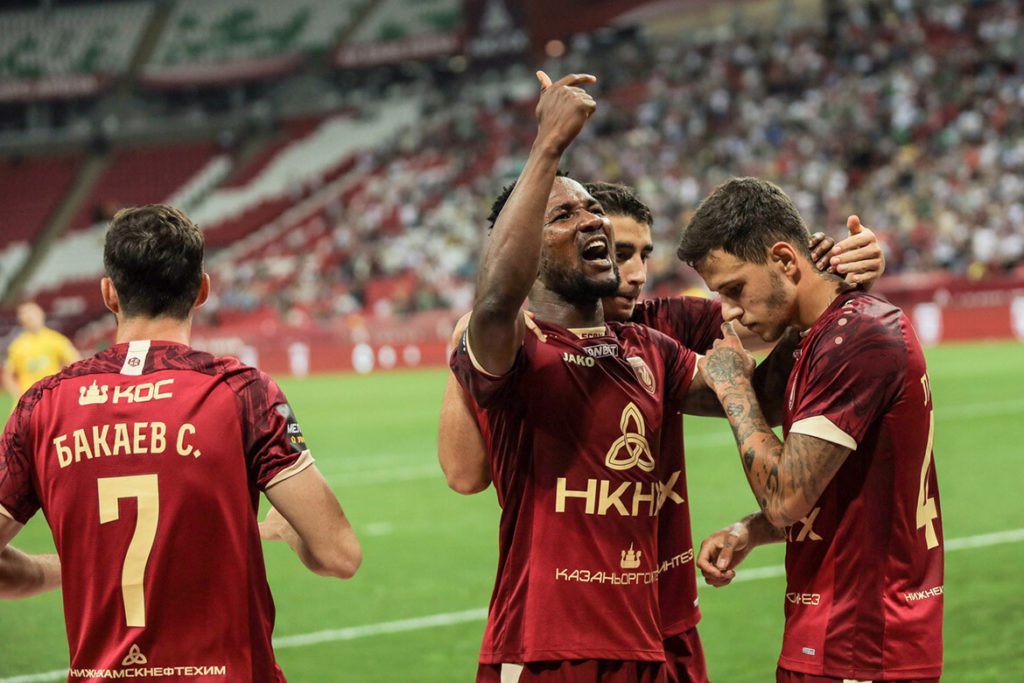 “No one says what a tremendous job we have done”

It is clear that in the case of Rubin, there is a certain overpayment, but you should not level the merit of the leadership of the Kazan club, which intercepted Fameye from other RPL clubs. In addition to Orenburg, they wanted to see the forward in their ranks at least Nizhny Novgorod and Akhmat, but the Ghanaian eventually ended up in Kazan, and for free and without signing bonuses.

According to the general director of Rubin Rustem Saimanov , many underestimate the work of the Kazan club in the transfer market, and the transfer of Fameye is indicative in this regard.

“After all, no one says that he came for free, that he is a free agent. No one says what a colossal job we have done, how Oleg Yarovinsky and his entire staff worked. All other clubs woke up at the end. And Fameye's contract has already ended, he was not offered anything, and he is already here with us. And it was necessary to work six months before the end of the contract. We worked very well," said Saimanova after the match between Rubin and Kuban. 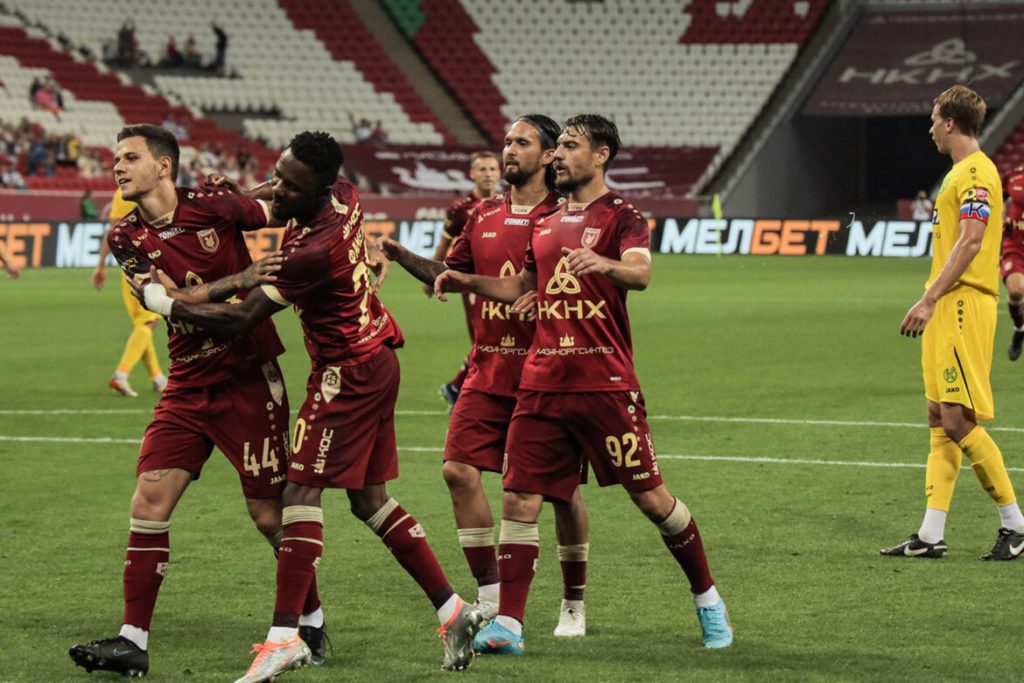 Shifting Fameye to the left is Slutsky's best solution

One way or another, the competent work of the selection department in the transfer market is already bearing fruit. After five rounds, Fameye, with four goals, is in first place in the list of the best scorers of the First League, and speaking not in the most profile position of the left winger. In the same Orenburg, for which Joel shipped 16 goals last season, the Ghanaian mainly played as a central striker.

Although the competition in attack is great in Rubin, it would be inappropriate to leave Vitaly Lisakovich without game practice. Therefore, the shift of the African to the left, as it seems, is the best decision of Leonid Slutsky this season, with which he killed several birds with one stone, receiving not only a driving forward in the person of Lisakovich, but also a killer bunch on the left flank in the face of the bunch of Joel Fameye - Ilya Samoshnikov .

If you look at the heat map of "Rubin" in the game with "Kuban", then the lion's share of the time the ball stayed on the left flank of the attack. From there, by the way, two of the three goals scored came from. We have seen something like this for several seasons in a row. True, earlier on the same flank with Samoshnikov he made Khvicha Kvaratskhelia. Now the names and leagues have changed a little, but the overload on the left flank and the gaps on the right remain unchanged in Rubin.

As you can see, Fameye had no problems with adaptation in the new team from the word at all. And this is despite the fact that for a long time before the signing of the Iraqi defender Ali Adnan , he was the only legionnaire in the team at all. Joel was saved in this situation not only by the vast experience of playing in the First League, but also by the knowledge of the Russian language.

The Kazan journalists who heard his comments at the club base in preparation for the season already knew about the eloquence of the great and powerful Joel. And after the game with Kuban, the forward flashed across the country, delivering a cool monologue in pure Russian without an interpreter.

“In every new season I want to do more than I did last year. I think that Rubin is a good team, generally top, and I want to do what I want and can do. Together, as a team, we can do a lot,” said Fameye, and he smiled sweetly.

Such knowledge can be explained by the fact that Fameye has been in the Russian-speaking environment for more than six years. In 2016, the 19-year-old Ghanaian moved to Belarus for the first time, where, after playing for Belshina and Dynamo Brest, he moved to Orenburg.

Looking at these statistics, one involuntarily wonders. Will the Ghanaian be able to break his record this season already as part of Rubin? So far, Joel is on schedule - in 5 matches, the 25-year-old African has already scored 4 goals. It's only the beginning.