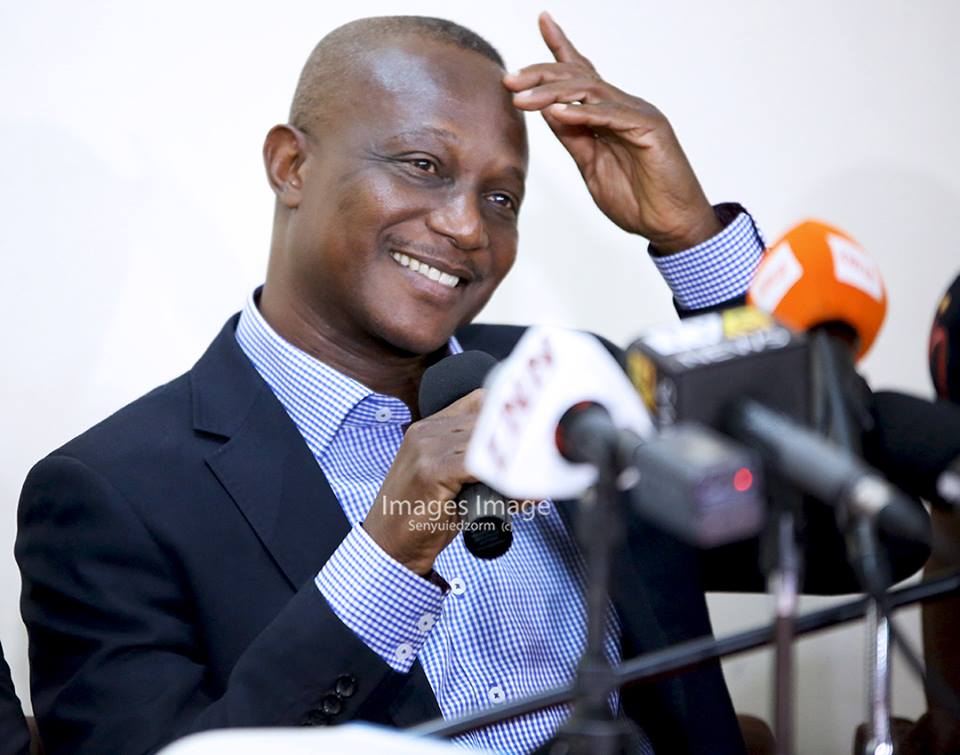 Blaming Coach Kwasi Appiah for excluding players from the northern part of Ghana by a section of fans in the Northern Regional capital, Tamale, is overly out of place, completely irresponsible and absolutely unfair to the coach.

Over the years, I have fought against tribalism and ethnocentrism wherever it shows its head because of the dangers associated with it, and I will do same in this instance.

The price paid for ethnocentrism and tribalism are overly grievous, agonizing, calamitous and injurious to the peace and tranquility of every society. This is why we must discard the sickening press conference which has the potential of traumatizing the coach and the national team if care is not taken.

To the point, why will Kwasi Appiah single handedly decide to discard players from the north if they are in-form and he seriously needs results too? Why will any coach do that?

For me, my brothers from the north are only crying wolf when, in actual fact, there is not even a rat in the scene.

The historic press conference can only be likened to a society that is crying for recognition because they feel inferior to others; inferiority complex.

For the records, Kwasi Appiah’s assistant, Ibrahim Tanko is a northerner and the Welfare Officer of the Black Stars, Ismail Hamidu is a northerner too. So who connives with Kwasi to take such a decision when he is surrounded by northerners in his technical team?

Have we soon forgotten that all those players who were mentioned in the press conference including Mubarak Wakaso, Majeed Waris, Rabiu Mohammed, Jordan Ayew, Fatau Dauda, Baba Rahman, Razak Brimah, Rashid Sumaila et al, were given the opportunity to play for the Black Stars for the first time by Kwasi Appiah?

So why will he exclude them from his squad based on tribal lines? That press conference was an unfortunate one, to say the least. The coach will only exclude a player based on his performance.

I gather the players themselves are not happy with the way the fans in the north have taken the whole thing but they dare not speak against it. They better press the mute button and watch on helplessly.

Come to think of it, even recently, Majeed Waris, Rashid Sumaila, Adam Kwarasey (who pulled out himself) Abu Mohammed, Jordan Ayew and Andre Ayew were all invited for Ghana’s 2019 AFCON qualifier against Ethiopia – Appiah’s first call up following his return as Ghana coach. Are these players from Jupiter or Pluto? Are they not northerners? Why are doing this to ourselves?

Just take a closer look at the recent call up for the World Cup qualifier with Uganda in Kampala and you will appreciate the fact that Kwasi is not tribal in his call ups as many wants us to believe.

Kassim Nuhu Adams, Abass Mohammed, and Vincent Atinga have all been handed their maiden call ups into the Black Stars. Are they not from the northern part of Ghana? Are they from space?

For the records, I don’t remember the last time a player who hails from the Upper East Region earned a Black Stars call up until Vincent Atinga’s recent inclusion. So where from the tribal war from the fans in Tamale?

There is a saying that ‘If you do not get anything for your mother-in-law, do not steal from her.’ If the fans from the north can’t hail Kwasi Appiah for given the northern boys opportunities in the Black Stars, they shouldn’t  lash him by singing tribal war songs.

What do we think will happen if people from the other regions begin to follow suit and organise similar pressers? It will only mean that we want regional and tribal representation in the team and not the best. Players are always invited based on form and that must be our guiding principle.

I know for a fact that if this article had been written by any, apart from a northerner like myself, it would have meant something different.

I am Sheikh Tophic Sienu from Kpaliworgo in Wa and I hate tribalism and ethnocentrism.