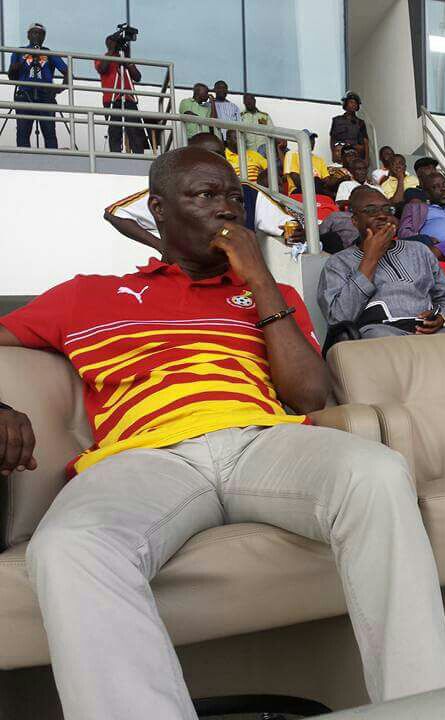 Reports emerged on Tuesday, October 18, that the account of the Ministry of Youth and Sports has been frozen by a court, rendering them financially impotent to carry on with most of their activities.

Minutes after the said report, the Public Relations Officer of the Sports Ministry Otor Plaha granted an interview to a Kumasi-based radio station, Angel FM, confirming the news to the amazement of many people as many felt the reports are mere rumours.

Despite confirming the news, many questions remain unanswered with regards to the frozen account.

I only want to believe that this will also not be one of the strategies of the Ministry to throw dust in the eyes of the public since the reports are too hollow for any shrewd thinker to just accept as the plain truth.

The reports which were carried on various media outlets across the country failed to make certain information public and so was the PRO, compelling me to think that the only message they want Ghanaians to grasp is our account has been frozen to cement, consolidate and solidify their no money syndrome. The Sports Ministry is gradually losing its integrity and I think the Hon. Nii Lante Vanderpuye-led administration is transforming the august office into a lie machine. Am sure a lie detector will soon be planted in the Sports Ministry soon.

The first major issue of concern to every Ghanaian is the name of the court that frozen the account. Dramatically, the said court's name was not mentioned and it appears the Sports Ministry assumed Ghanaians are not discerning enough to fathom where the message is coming from and that we will not ask questions. No court in Ghana lacks a name. The court must be named for further probing of the matter.

Secondly, the Sports Ministry only said a creditor who is owed huge sums of money from the 2008 Afcon called for the accounts to be frozen. And the creditor too lacks a name. I am now coming to understand that there are companies in Ghana without names. According to an Akanbi adage, God gave names so as not to create controversy, so why is the Sports Ministry failing to name the said creditor? Ghanaians want to know the name of the creditor and we deserve to know since we are not dumb to just receive the report as stated in the hypodermic needle theory. We are discerning enough to decipher between truth and lies. We want to know the name of the creditor.

In all of this, when at all did this issue come up?

Did they consider this before making a cast iron promise to Ghanaians that they were not paying the Black Stars players to come for the Rwanda game so they could fund Maidens, Princesses and the Queens?

The role of the Minister is not solely to receive money from government and pay teams, but to make it efficient and that includes getting other sources of funding for his office.

Ghanaians are discerning enough to undertand the import of such reports from the Ministry but my only worry as a journo is that the Sports Ministry is gradually losing its integrity as honesty and respect for Ghanaians have been thrown to the dogs by Hon. Nii Lante Vanderpuye and his subordinates.